Super sniffer Rocky’s the dog no fox wants to see

Super sniffer Rocky’s the dog no fox wants to see

Nose for feral pests: super sniffer Rocky is the dog no fox wants to see 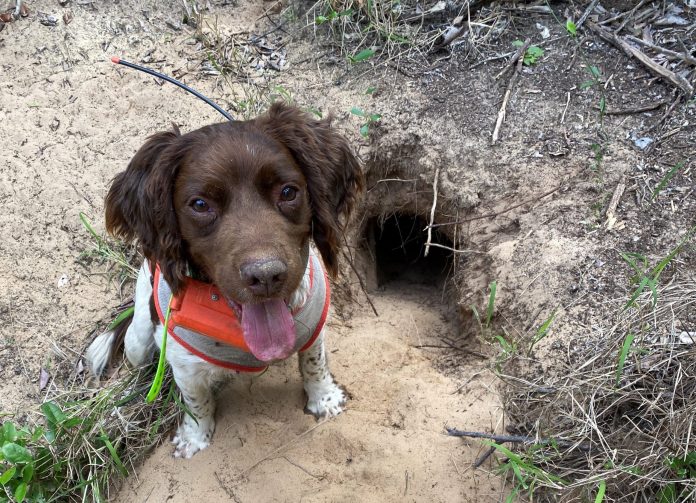 Rocky the conservation dog will be sniffing out fox dens this month as part of an expanded Coastal Fox Control Program.

“In order to carry out his important work, Rocky has been granted an exemption to enter a prohibited zone in an effort to protect our native wildlife,” Cr Suarez said.

“This control program plays an important part in protecting our endangered and threatened species and we’re seeing more native fauna since the program started in 2015.

““Sunshine Coast Fox Diet Studies have shown that the program contributes towards saving small mammals, birds and reptiles, including turtles.

“We cannot do this work without our community. We rely on you to report fox sightings and we appreciate your continued support to protect our native species.” 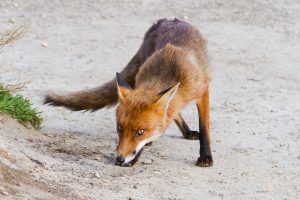 The control program reduces fox predation on vulnerable populations of native species, such as water mice, Eastern ground parrots, and endangered green and loggerhead turtles at the egg and hatchling stage.

Once the area south of the Maroochy River is complete, survey work will extend to coastal bushland areas from Maroochy River to Peregian Springs from October 10 to November 26, 2021.

Sunshine Coast Council, Queensland Parks and Wildlife Service, Coolum and North Shore Coast Care and Noosa Council will work together to carry out the program in the northern section of the region.

More information about the program is available on council’s website by searching ‘managing invasive animals’.

Residents near the control areas will be notified.

Control areas included in the program will be clearly identified by signage at all beach entrances. To keep your pets safe, please ensure they do not roam into control areas.

If you spot a suspected fox den in the program area, report it to council on 5475 7272. You can also view the fact sheet to learn how to identify a fox den on council’s website.

The European red fox is a restricted pest under the Queensland Government Biosecurity Act 2014.

Under the Biosecurity Act 2014, managing biosecurity, which includes invasive animals and plants, is a key responsibility of council and every Sunshine Coast resident.