Clubhouse coup: one of the region's historic cricket clubs looks to a brighter future 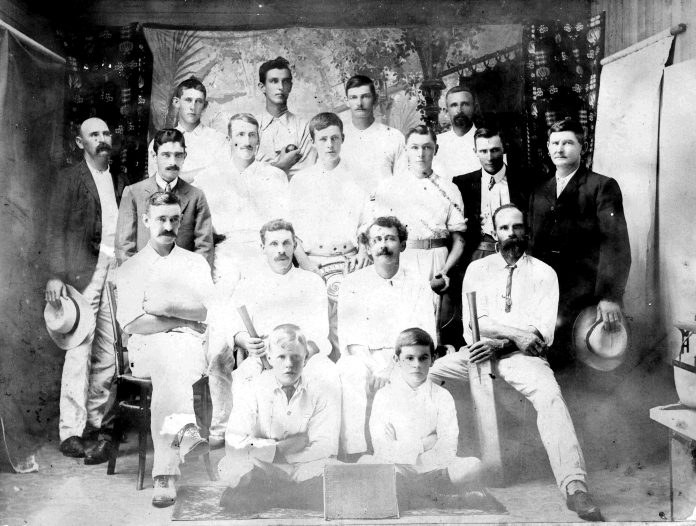 A club steeped in history is more prepared for the future with a revamped clubhouse.

The home of Yandina Cricket Club has undergone a $720,000 upgrade, including internal renovations, new walls, water and sewerage connections and a complete roof renewal, fitted out with solar panels.

The project was funded by the Queensland Government, Sunshine Coast Council and Queensland Cricket.

“The refurbished facility provides a clubhouse and change rooms that will help us meet the growing level of participants in cricket, particularly for our ever-increasing numbers of female players,” QC CEO Terry Svenson said.

The transformation represented another significant milestone for the club, which has stood the test of time.

Competitive cricket was first played in Yandina in the 1890s, at Meldrum’s Paddock on Old Gympie Road.

A local club was formed in 1904 and games were played from the North Street complex.

It was one of the first cricket clubs in the region, and they played their first match against Bli Bli.

Yandina was a stronghold for cricket, alongside fellow hinterland towns Nambour and Palmwoods.

It was, and still is, a noted family club, with names like Thorogood, Kretschmer, Kuskopf, Hackney and Thomson etched in its history, because of their influence on and off the field.

The facilities developed from the tin shed on the western side of the original pair of concrete wickets to the 80s version, with turf replacing concrete and a central clubhouse.

There are now two turf wickets and one concrete wicket, including Thorogood Oval, Thomson Oval and Kretschmer Oval.

The practice facilities, which were the first in the region, were named The Gary McKay Practice Nets.

Yandina claimed four A-grade premierships in the 1950s, and four more up until 1975.

The Thorogood family, out of Valdora, dominates the club’s record books, especially since 1951, when recordings were kept in earnest.

Noel Thorogood was considered one of the best-ever allrounders to hail from the Sunshine Coast, notching 218 games, scoring 7652 runs at an average of 38 and 493 wickets at an average of 16, during the 1960s and 1970s.

The club once had Kevin Rudd in its playing ranks.

The former Prime Minister played C-grade during 1972/1973, averaging a meagre 1.33 with the bat that season.

“We asked him for some memorabilia or something he could send us,” club president Graeme Brill said.

“We said ‘if you don’t send us something then we’ll release your batting average to the media’.

“So, he sent us a signed photo of himself.”

The club essentially started women’s cricket in the region, creating a local competition for four teams five years ago.

Now, almost all clubs on the Sunshine Coast have women’s teams and their competition has been dominated by Yandina’s team, which has won three out five premierships.

The club has fielded its own men’s A-grade team just once in the past 16 years, but it’s hoped they will return to the top-flight soon.

“We only had two change rooms, but we usually have four teams playing (on two fields),” Mr Brill said.

“The two home teams could share a change room, but the two away teams didn’t really want to share one.

“Now, we’ve got four change rooms, and that will also help the women’s teams because the rooms are unisex. They aren’t male dominated anymore.”

Stay up-to-date and join an independent local news revolution by subscribing to our free daily news bulletin: Go to SUBSCRIBE at top of this article to register.

The region’s representative club, the Scorchers, played their first games last weekend, when the men’s and women’s teams started their Queensland Premier League campaigns with losses.

The Coastal Marlins, who compete in the new T20 Brisbane Premier League, have won two of their four games so far.

The local cricket competitions are about to get into action.

The men’s A-grade competition starts this weekend, with other divisions, including juniors to get underway during the next month