Sunshine Coast 2041: from retirement haven to nation's most futuristic 'city' 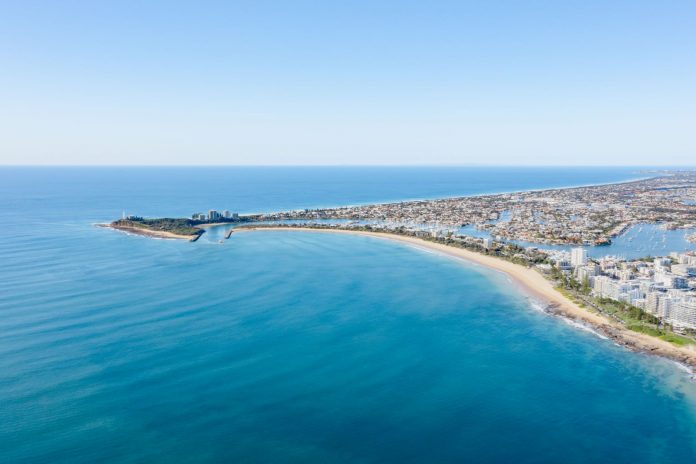 The Sunshine Coast is no longer destined to be a massive retirement village, but will become the most entrepreneurial and liveable region in Australia and a modern ‘city’ in its own right, it has been predicted.

The year 2041 is often referred to by governments when extrapolating population growth and they have forecast the Coast will exceed 500,000 people by then — with the bulk of new residents aged over 75.

However, market intelligence specialist Mal Cayley said those predictions were out of date. Instead, the Coast should expect a wave of ‘cashed-up and tech-savvy Millennials’ moving in because of the joint attractions of advanced technology and lifestyle.

“There is going to be a greater diversification, but also we’re going to see a mass move of younger people, especially Millennials,” Mr Cayley said.

His outlook is backed by futurist Mark McCrindle, who said there had been “a massive shift across Australia as to who is making the sea change”, with young people searching for affordable housing and lifestyle.

“Urban young people are now the next generation driving the move and looking for suburban life in new and emerging communities,” Mr McCrindle said.

“The three main drivers are firstly affordability. Even though there’s been a massive increase in prices, places like the Sunshine Coast are still cheaper than Sydney and Melbourne.

“Secondly, liveability. Coastal locations are not just attractive to retirees but couples and families, especially if people can work from anywhere they will want to live in places like the Sunshine Coast.”

Thirdly, he said employment diversity on the Sunshine Coast was growing and investments in infrastructure would boost the economy even further, creating more jobs for the future.

Mr Cayley, who drills into data and observes trends, said he believed the Sunshine Coast would become the number one regional market in Australia.

“So what that means is outside of the capital cities, more people will come here, more money will be spent here than any non-capital city in the country,” he said.

However, Mr Cayley said the Sunshine Coast had already learnt from the mistakes of other cities like the Gold Coast and would continue to vigorously protect the beaches and bush and prevent high-rises and towers.

Why we’re charting a new course

Mr Cayley said a major structural shift on the Coast had been the confluence of technology (enabled by the undersea international broadband cable) and lifestyle, and these two factors would alter the region’s future.

“Our positioning with the broadband cable and the lifestyle offering — and then amplified by the effects of COVID — is a really important driver to understand,” he said.

Mr Cayley said the Sunshine Coast was the only regional area on the globe with direct connection to an broadband undersea cable and the opportunities this would create were yet to be imagined.

Already the most entrepreneurial region in Australia with more start-up businesses per capita than anywhere else, Mr Cayley said the Coast would seed revolutionary tech ideas that could change the world like Google or Facebook.

“Not only do I believe we will remain the entrepreneurial capital of Australia, I believe the gap between us and any other city will widen,” he said.

“For want of a better term we will be the modern Silicon Valley, but an Australia version.

“There are businesses and industries that don’t exist today that are going to have their seed come out of Maroochydore.

“Like the Australian version of Google or Facebook…and it might have nothing to do with either of those things or look anything like that, but that’s what I mean — we don’t know yet because it hasn’t been thought of, doesn’t exist yet.”

He envisioned autonomous and electric vehicles as the mode of transport in hubs like the new Maroochydore CBD, Caloundra and Bokarina. Even the proposed mass transit system would be out of date by 2041 and would advance to autonomous vehicles.

Like stories that inform, connect and celebrate the Sunshine Coast? Join an independent local news revolution by subscribing to our free daily news feed: Go to SUBSCRIBE at top of this article to register

Also by 2041, the Coast would have already been on display to the world at the 2032 Olympics and would still be enjoying new roads and transport, a proper stadium and its own national sporting teams such as NRL and AFL clubs.

We would welcome a huge rush of international tourists who could stay at one of two new five-star resorts — or even a six-star resort.

“The last five years we’ve have had the highest infrastructure spend per capita than any of the top 20 cities in Australia and that’s going to continue unabated for another 10,” he said.

The region would be a centre of health, education and sport and the wealth and expanse of jobs on offer would attract a diversity of people, adding “spice” to the Coast’s social fabric.

Workers would commute to the Sunshine Coast from Brisbane, rather than the other way around because of the type of work and because of one key constraint that Mr Cayley warned would still be a problem 20 years from now — housing.

By then Aura will have been completed ahead of schedule and be home to 50,000 people but the proposed master-planned community at Beerwah East would only be halfway finished when, realistically, Mr Cayley said it needed to be done by 2030.

Mr McCrindle said owning their own suburban home was still very much in the psyche of Millennials who were fanning out into regional communities to live the Australian dream.

He said master-planned communities like Aura were attractive to couples starting a family, but young people would also be attracted to medium-density living like apartments and townhouses that had access to parks and beaches.

Mr Cayley said Australia and the world would change more in the next 20 years than the past 50 years, but the Coast was well ahead of everyone else on this path.

“We’ve been on the path that the whole world has just woken up to because of COVID,” he said.