'Leaks must be stopped': regional facility to reduce the reliance on hotel quarantine 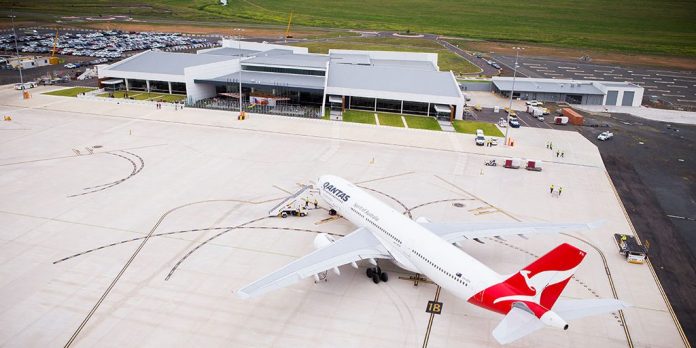 The State Government has announced where it will establish a 1000-bed quarantine facility to “stop the leaks” from hotels and help combat the threat of COVID-19.

It will be built at Wellcamp, Toowoomba, under a joint agreement with the landowner, Wagner Corporation.

Premier Annastacia Palaszczuk said it was clear there was an urgent need for more fit-for-purpose quarantine facilities in Australia.

“This is further action my government is taking to keep Queenslanders safe,” the Premier said.

“As Australia contends with the dangerous Delta variant, Queensland must have alternatives to hotel quarantine that offer enhanced public safety.

“That’s why we’re getting on with building the Queensland Regional Accommodation Centre, a 1000-bed, dedicated facility near Wellcamp airport that will greatly reduce reliance on hotel quarantine.

“This decisive action will keep Queenslanders safe and support our economic recovery to keep people in jobs.”

Wagner Corporation will build the facility, with the accommodation modules to be manufactured in Queensland.

The Queensland Government will operate the facility once it is up and running.

Wagner Corporation expects the first stage of the facility to be delivered for use by the end of 2021.

Deputy Premier Steven Miles said the State Government had been calling for a dedicated regional quarantine facility to be built in Queensland since January.

“We need a facility like this urgently, and the Wellcamp proposal will be ready months before any other proposed facility in Queensland.

“Quarantine facilities will remain one of Australia’s frontline defences in preventing deadly new strains of COVID-19 from entering our community.

“This facility will help Queensland to continue to open up and avoid expensive lockdowns.

“The Queensland Government will continue to work collaboratively to progress the Commonwealth’s Pinkenba facility, but we need more options to get returning Australians home safer.”

“With more than one facility in Queensland, we will be greatly reducing our reliance on hotel quarantine,” Minister D’Ath said.

“That means a lower risk of COVID spreading from facilities that were never designed for secured quarantining.”

The Queensland government announced the location for the camp after it temporarily halted hotel quarantine for interstate travellers.

The state has stopped hotel quarantine for people from hotspots in NSW, Victoria and the ACT for two weeks amid a surge in arrivals which has pushed the system past capacity.

Queensland police say NSW, Victoria and ACT residents can still apply for an exemption to enter Queensland if they have a compelling reason, over the next fortnight.

“If people have still got a really compelling reason to come back they can still apply for an exemption,” he told Nine’s Today program on Thursday.

“We’re not locking everyone out.”

Ms Palaszczuk said on Wednesday there were more than 5114 people in hotel quarantine, including 3257 domestic arrivals, which was putting too much strain on the system’s 22 hotels.

A new system is being set up to allocate specific hotel quarantine rooms for travellers from September 8.

At present, only certain essential workers who have had at least one dose of a COVID-19 vaccine are allowed to drive into Queensland.

Queensland recorded no new local cases of COVID-19 and two cases in hotel quarantine on Thursday.