Lockdown to be extended to Sunday after 13 new cases

Lockdown to be extended to Sunday after 13 new cases 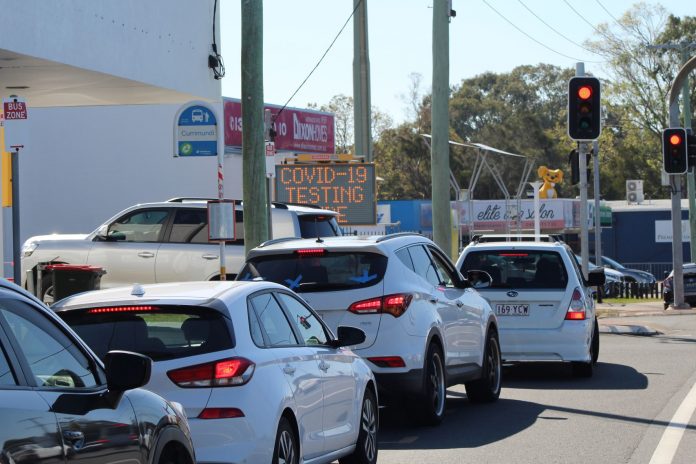 The lockdown of 11 local governments areas including the Sunshine Coast and Noosa will be extended to Sunday 4pm after 13 new locally acquired cases were confirmed, all linked to the Brisbane outbreak.

Seven cases were students from Ironside State School in Brisbane, five were linked to the school and one was from a karate club that trains at the school.

One of the cases announced on Monday was active in the community for six days while infectious.

None of the cases were on the Sunshine Coast despite the chief health officer’s belief that the region was the “missing link” between the initial returned traveller who was thought to be the source of the virus, and the outbreak in Brisbane.

Dr Jeannette Young said she still had not found the so-called missing link.

Dr Young said it now appeared as though the traveller who arrived June 29 and was a patient at Sunshine Coast University Hospital (SCUH) did not spread the virus to his family when he was discharged and went home to Buderim.

She also said the 17-year-old Indooroopilly student who was the first person to test positive in this outbreak – and her family – had passed on the virus to the medical student who was tutoring her, not the other way around as was initially surmised.

Deputy Premier Dt Steven Miles said “regrettably” the case numbers which had risen from one infection at the start to six, then nine and now 13, meant the three-day lockdown would not be enough.

It would be have to be increased to an eight-day lockdown, ending at 4pm on Sunday, August 8, which would also force the cancellation of the Ekka.

“We desperately hope that that will be sufficient for our contact tracers to get … absolutely anyone who could have been exposed to the Delta strain,” said Dr Miles.

Dr Young said the outbreak was “escalating” but she was confident that the southeast could get it under control if people adhered to the restrictions.

“I hope and I’m pretty confident, with the response I get from Queenslanders, that we’ll be able to get this under control by Sunday, but I always plan for the next stage,” she said.

Dr Miles said there were still too many cars on the roads and people out and about and that needed to change.

He urged people to rethink if they needed to go to work.

“Just because you worked through previous lockdowns doesn’t mean you should work through this lockdown,” he told Queenslanders.

South-East Queenslanders have again been urged to get tested, with Dr Miles setting an ideal weekday target of 40,000 tests. There were nearly 22,000 tests done on Sunday.

Health Minister Yvette D’Ath said the current “hard” lockdown had much tougher restrictions and people should not assume the rules were the same as previous lockdowns.

Treasurer Cameron Dick announced a $260 million package to help businesses that had been hit by another shutdown, with grants of $5000 for businesses across the state, not just the lockdown regions. For information, visit www.business.qld.gov.au/supportgrant.

People are only allowed to leave their homes for essential shopping, healthcare, essential work that cannot be done from home, care-giving, exercise within 10km of home or getting a COVID-19 test or vaccine.

Home learning will begin for state schools on Tuesday, and private schools are making similar arrangements. Schools will remain open for the children of essential workers.

One case also flew to Rockhampton and worked at Rookweir while infectious last week.

Ms D’Ath said the patient zero in the west Brisbane cluster was believed to be one of two travellers who arrived on the same flight from Singapore in late June or early July before being transferred to hospitals on the Gold Coast and Sunshine Coast for treatment.

She said Chief Health Officer Jeannette Young believes one of those patients passed it onto a medical student who infected a 17-year-old Brisbane school girl she was tutoring.

“We’re seeing things happened with this Delta variant that we just haven’t seen before, but it still means there’s a link out there in the community,” she said.