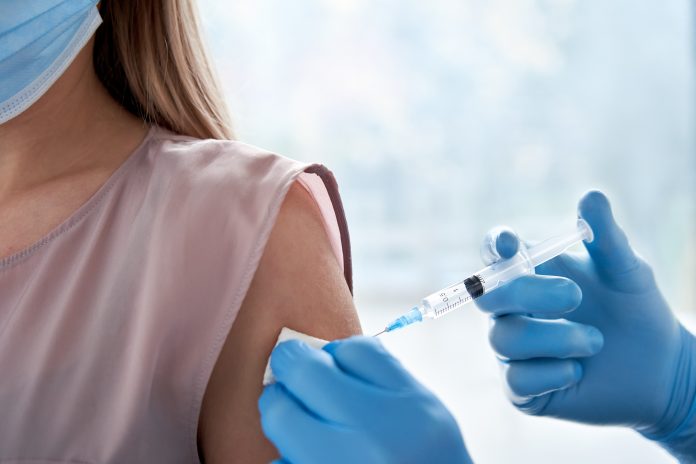 When trying to get the jab is a nightmare

I agree with Sunshine Coast News columnist Ashley Robinson, in that there needs to be a stronger stance on taking up vaccinations for COVID-19 (or any disease for that matter).

But what really peeves me is we aren’t being told the full story about COVID vax take-ups, as my experience will show.

I’m one of those who actually wants to get the vax (against a lot of angst from family members who are dead-set against it).

So, two weeks ago I fronted up to the Nambour Hospital to do a walk-in (on my GP‘s recommendation as he’d had another patient just do the same), but the sign reading ‘COVID vaccinations walk-ins’ had the words ‘appointment only‘ stamped across it … so no more walk-ins.

I thought I’d go and check out the scene at the clinic they were using on the third floor.

I hopped in the line (about 12 people) and worked my way to reception to book an appointment, where a very friendly and helpful clerk told me they were booked out until the end of August, but as she was looking at her screen she found a cancelled one for the 15th of July if I wanted it.

So, I jumped at it, after showing her a letter from my GP explaining that I should have the Pfizer one because of previous strokes and clots from operations. She had no problem with that and duly booked me in.

So, come the 15th, I snuck away from my family and made the trek up to Nambour from Mountain Creek, all keen to get started on the vax program.

After registration at two stations on the way up to the third floor, looking forward to just getting it done, I lined up in a line of about 10 people. 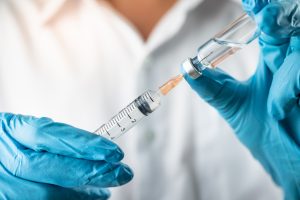 I finally got to the front and had to do another registration at the reception desk (the one to be done), and I was then whisked off to a room to the side by a nurse who perused my GP letter and then informed me that I can’t have the Pfizer as they’re only for special cases, of which mine didn’t qualify.

She then went on to admonish my GP for not knowing that and said maybe my GP should give me my Pfizer shot if I’m so worried about the AZ one. I said I would talk to him and she had me go back to the reception desk and cancel my appointment.

This all left me completely bamboozled, as I was of the impression from the powers-that-be that the big problem was not getting enough of an uptake of the vax.

I feel that there is a total lack from any media about the real issues of slow uptake. I suggest a journalist go and personally report on their experience.

I would like to see a reaction from our Premier if one of the many reporters asking questions had actually been through a similar experience to me (and I bet I’m not the only with a troubling experience at a vax clinic). Let’s hear the truth.

I am very frustrated every time I hear our local hospital cite our ageing population, or recent population growth, as the reasons why this vital new facility cannot meet its community obligations, and treat patients within the prescribed treatment times – including surgeries and the Emergency Department.

I am sure the government pays dozens of highly renumerated staff – and consultants – to plan for health service needs.

It is an insult to the intelligence of Sunshine Coast residents to make the above excuses for poor performance of this hospital.

Any planner worth their salt would have known the projected increase in demands for the hospital services for a decade ahead – that is what they were paid to do.

The more likely cause of the problem is, of course, lack of funding for sufficient staffing for the hospital.

Why can’t politicians take responsibility for poor budgeting decisions – rather than blame people for breeding, ageing – and wishing to move to this area – when all these influences were common knowledge?

Pollies should get the word on street from Ash

I understand Ashley’s problem with the test – I had difficulty with it too – but I have now used a CPAP machine for about six years, and have not looked back. Only time I have missed it is flying overnight from Hong Kong (pre-COVID).

Before my machine I used to be tired two or three hours after waking up. Now it takes till my after-lunch nap … unlike Ashley I am now retired. I am now on my second machine and when I check it in the morning it tells me everything except what I dreamed about.

I am interested in local politics and hope that our mayor and councillors read what Ashley has to say. Indeed, I would suggest all politicians have a chat with Ashley occasionally to see what the word is on the street.

I would be interested to know Ashley’s view on whether we need three levels of Government in Australia or whether we could get by with just a Federal and a Local?

Best wishes to all and keep your mask neat.

I find it extraordinary that Noosa’s mayor and councillors believe that the State and Federal Governments are somehow responsible, and should pay for, Noosa’s housing crisis.

Since every Noosa Council for the last 20 years has beaten the “anti-development” drum, developers and investors have stopped looking at Noosa as a viable property investment proposition.

What did those councillors think would happen? They got exactly what they asked for – no development.  No development = severe housing shortage. 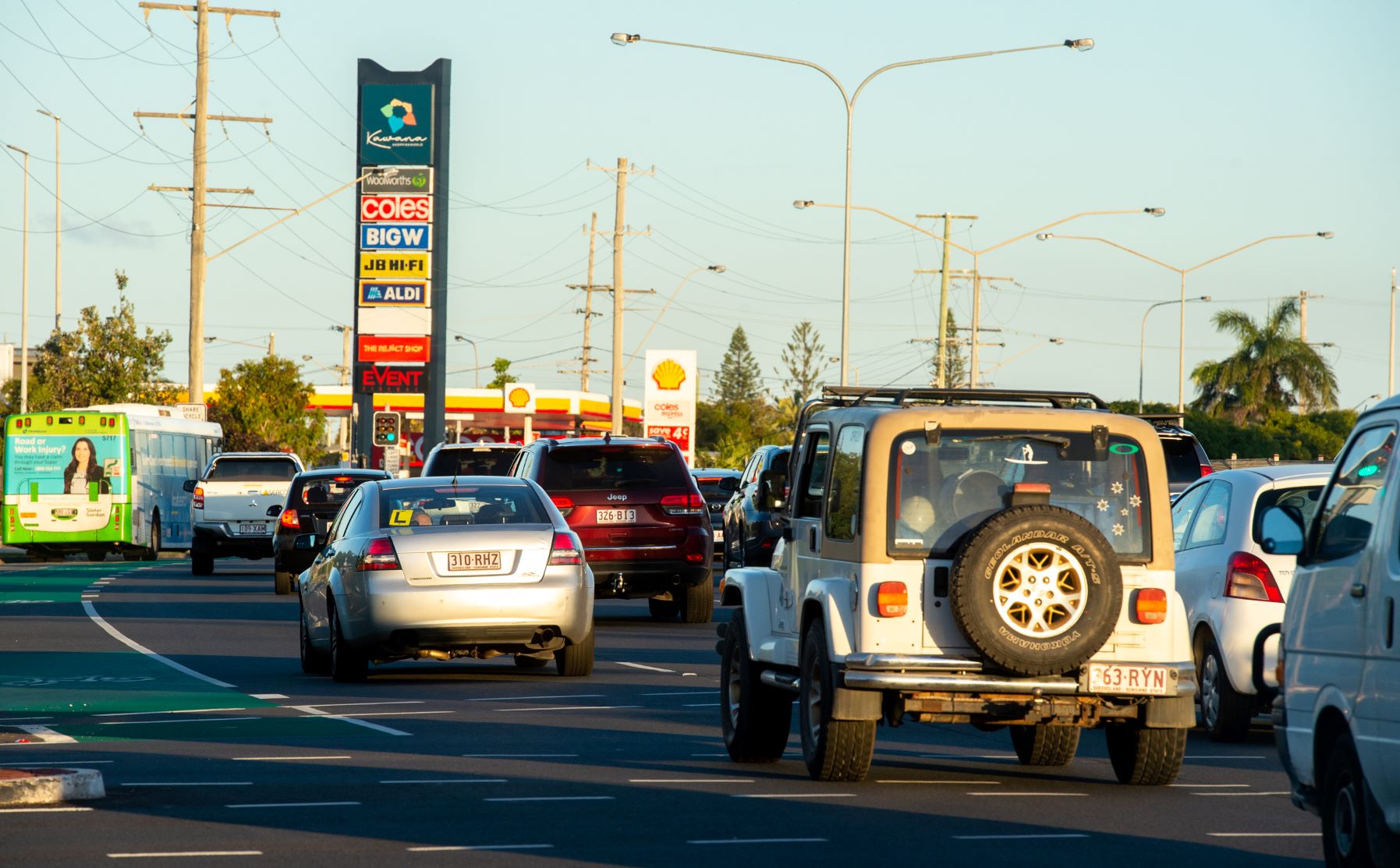 Commitment wanted for direct rail line, ahead of Games

Now is the time to press ahead with transport infrastructure, including a direct rail link to Brisbane.

Our roads are clogged on Kawana Way and the Nicklin Way at certain times already. It would be disastrous come Olympic Games time if nothing has happened, but I suspect most of the money will be disproportionately allocated to Brisbane and the Gold Coast.

What commitments will we get from the three levels of government and when?

There is a typical NIMBY (Not In My Back Yard) reaction to the issue of youth crime and the proposed youth detention centre in the heart of Caloundra.

Now, if this were a proposed maximum security prison for hardened criminals then it would be appropriate to locate it in a more isolated and secure area. But it isn’t.

As a society we should be willing to handle these youth correction issues locally since there are certainly youth crimes in Caloundra and the Sunshine Coast, too.

The more we demonise and isolate these kids, the more likely they are to keep committing more and more serious crimes.

The politicians are, as usual, politicising the issue and helping to drum up this rabid response.

Take a breath. The more we treat these kids with humanity and deal with the underlying economic issues driving crime, the less crime we’ll have.

Due to a failure in the quarantine system and a driver being infected by flight crew, the Delta variant has spread into the community, forcing lockdowns in New South Wales.

A traveller, after completing quarantine in NSW and testing negative, was then found to be positive on returning home to South Australia, spreading it there. Victoria was also hit as travellers crossed from NSW.

Nearly half the population of Australia were placed under lockdown and, apart from grave fears of the virus spreading further, there are fears for the economy. The Treasurer says it is costing our economy $300 million a day as communities lock down.

Imagine if the Prime Minister had built fit-for-purpose quarantine facilities, as called for by state Premiers and medical experts. Hotels, built for tourists, are not keeping viruses out which is more worrying as COVID-19 mutates and becomes more infectious.

It has become a race between the vaccines and the variants, and the variants will win if the number of infections rise. Vaccines will need to be changed to keep up with new strains.