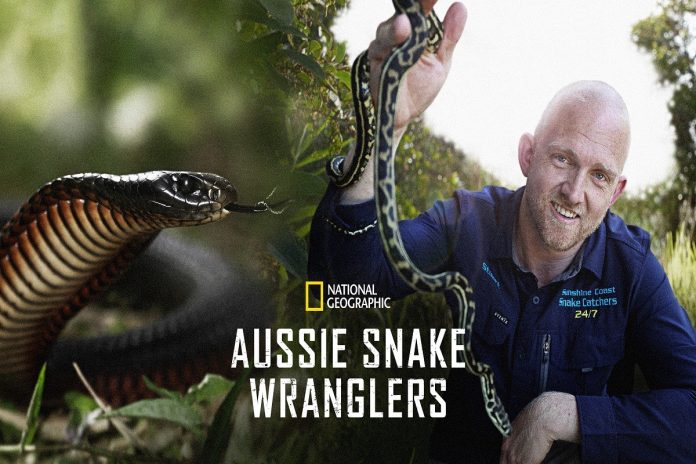 The Sunshine Coast’s very own snake guru, Stuart McKenzie, will star in a gripping new television documentary series that will highlight his many wild encounters across the region.

Full of action, suspense and larger than life characters, Aussie Snake Wranglers thrusts audiences into Australia’s snake catching world, where one mistake could cost your life.

Coming this September to National Geographic (Foxtel, Fetch and SKY NZ), the series follows the busiest snake catching team in Australia as they tackle some of the deadliest snakes on the planet.

This 16-part series, produced by Breakout Productions in partnership with the South Australian Film Corporation, will premiere weekly from September 14, and will be available on-demand via Foxtel, Fetch and SKY NZ.

The series is located in the beautiful surrounds of the Sunshine Coast, and follows Stu (from Sunshine Coast Snake Catchers 24/7) and his snake catching team, as they work in one of the most active snake regions on the planet.

Each episode sees the team responding to distress calls from everyday Australians who find themselves face to face with these incredible, but often deadly, reptiles.

Stu and the Aussie Snake Wranglers team put their lives on the line to ensure the safety of those who find a slithering surprise in their home, school or business. 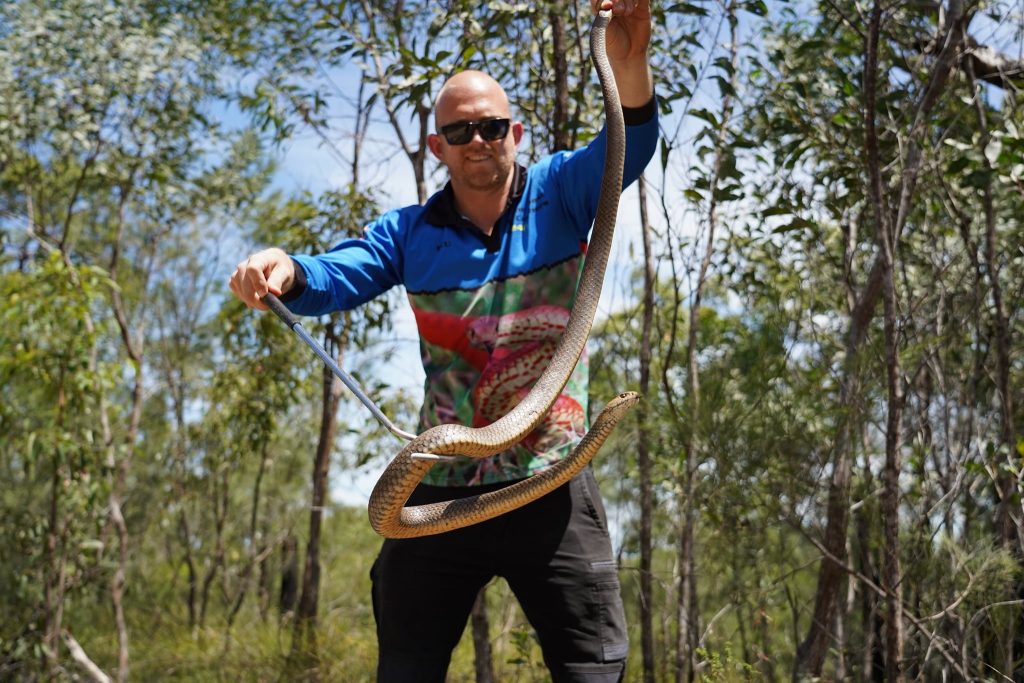 These snakes find their way inside bedrooms, under toilet seats and even curled up inside lounge chairs, leaving the Aussie Snake Wrangler team with the perilous task of saving the day.

The team is led by venomous snake expert Stu, supported by some of the best snake catchers in the industry.

They include ‘Mullet Mick’, a classic Aussie larrikin who is not afraid to use his bare hands to tackle the biggest and most deadly snakes around.

Adele, a no-nonsense country girl who trains birds when she is not out snake catching with her fiancée Mullet Mick.

‘Pocket Rocket’ Jess, standing just five feet two, isn’t afraid to step in and get the job done, and show up the boys when she gets the opportunity.

Chris, Stu’s best mate and one of the funniest blokes around, definitely prefers getting under Stu’s skin rather than wrangling brown snakes.

And Olivia, who has been working with Stuart for over five years, loves getting stuck right into the snake catching and learning the ropes.

Each episode details three to five high-intense snake catches, and with the snake wranglers fitted with ‘body-cam’, the audience is brought right into the ‘strike zone’ for an incredible first person experience.

The season takes viewers inside the danger zone with deadly snakes hiding under pool decks, terrorizing primary schools, and even a trip to the hospital when an encounter with a deadly Eastern Brown goes wrong.

While some snakes are selected to take part in life-saving venom research, the remainder are immediately released safely back into the wild.