Dining out: how we’ve developed a taste for change

Dining out: how we’ve developed a taste for change 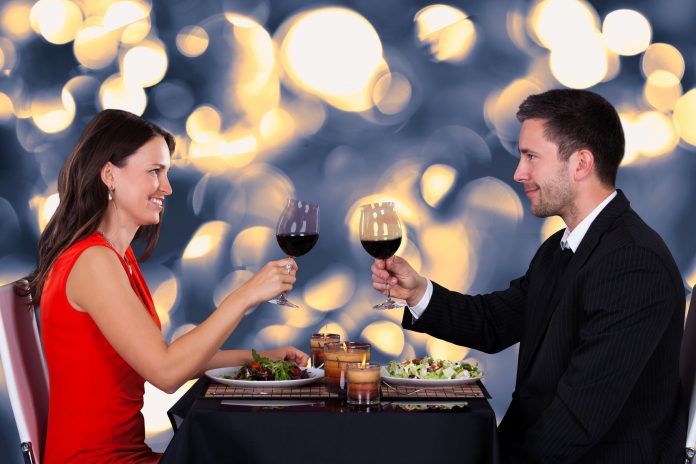 From prawn cocktails to duck and cognac parfait, our tastes and expectations of fine dining have changed dramatically during the past 50 years.

Back in the day, dining out in Queensland was a simple business. Food was fresh and familiar. Seafood, lamb and beef were comparatively cheap.

On the other hand, many foods and flavours now common even on pub menus were unknown to us. We’d never heard of truffle oil or kipfler or cipollini onion. Turmeric and Indian takeaway were unknown. Olive oil was found only in Italian restaurants. We didn’t know jus from juice.

In the 1970s and 80s, leading Brisbane restaurants included the revolving Tower Mill, Gino Merlo’s Milano and the Brekkie Creek Hotel for steaks.

At Brad Garrett’s bistro in the Brisbane Arcade you chose one of half a dozen grilling meats from the showcase and this came served with salad and a baked Idaho potato with sour cream, which we thought was very sophisticated.

Baxter’s at Deagon was worth the journey for superb whole mudcrab and for class you went to Leo’s, where there was a gypsy violinist and the food was distinctively European.

The advent of Ken Lord’s two theatre restaurants offered the novelty of fun with your food – their standard entrée was half a very large avocado stuffed with prawns.  You seldom see such avocados now.

Noosa was already making a name for fine dining with Barry’s on the Beach offering a simple but popular brasserie menu, shortly to be followed by Annabelle’s which raised the bar in fine food and service.

Chefs like Leonie Palmer, Luc Turschwell and Pierre Otth followed to put the town on the gastro-map.

Whatever their age, people didn’t worry about what they ate back then. We hadn’t heard about cholesterol, or Type 2 diabetes. And the lack of ubiquitous fat and sugar-filled foodstuffs in shopping malls and elsewhere meant less temptation and thus fewer weight problems.

Women of my generation, raised to cook featherlight sponge cakes, scones, layer cakes and lamingtons, tended to what was called the “middle aged spread” but this was considered normal.

Our average life expectancy is being drastically prolonged by medical science and technology – and also by our own improved knowledge because everywhere we turn – magazines, TV, health websites – and what we now call our “health professionals” are telling us what we should and shouldn’t eat if we want to live long, fit, active lives. And look forever young.

Much of the information is contradictory, some of it misleading, but the result is a change in our dining out habits and expectations.

“We eat out regularly,” said Leonie Schott, who is in her early 70s. “And the choice is endless. But I like to keep fit and am on pills to reduce my cholesterol level, so I search the menu for low dairy dishes.

“My husband is Type 2 diabetic so he has to avoid sugar and starchy foods and prefers restaurants which offer tasty alternatives to potatoes, rice and pasta.  For example, our favourite restaurant serves a variety of pastas made from beans, zucchini, lentils and other other unlikely foodstuffs.  Also a great goat curry with cauliflower cous cous.”

Menus in most eateries offer at least some low carb, low fat dishes but according to Leonie these tend to be boring and repetitive – “The same old Caesar and Thai beef salads, grazing bowls and smashed avocado,” she said.

“That’s why we look for restaurants that build at least a significant part of their menu around food suited to the people we are today.”

Vegan restaurants, which Leonie described as “overpriced and yuk” have become popular but according to dieticians they are not the best choice for older people who need more protein, iron, calcium and cooked vegetables because those high in cellulose such as celery, can be hard for ageing digestive systems to break down when served raw.

The same goes for most beans, except green. Indeed, one of the big contradictions for us oldies is that while dairy products put on weight, their calcium content is important for helping prevent osteoporosis.

The answer is moderation – watch the fat, salt and sugar but remember that for life to be worth living, a bit of what you fancy does you good.

As we age, we opt for smaller portions and while most good (i.e. expensive) restaurants meet this need, many still offer only large servings, restricting older and weight-conscious customers to the usually limited entrée list.

This is where the degustation menu comes into its own.

Jeannette Willemsen is a regular diner-outer in the “foodie 50s” age group. She and her partner travel from Brisbane to Noosa and further inland, seeking out restaurants which offer something new and adventurous to the palate, but in tiny portions.

“I would say that degustation dining is my preferred option for various reasons,” Jeannette said. “Most notably it’s for the variety of small taste bursts and different flavours that come with each course. It allows you to enjoy such an array of small-portioned meals that are easily digestible with the individual matching wines.

“The attention to detail, the artistic presentation and the time taken to sit back and savour the meal is what makes it a whole experience”.

Degustation menus usually range upwards from $75 a head for a set menu that varies only according to the number of courses you choose, and you walk away satisfied but not feeling stuffed with kilojoules.

It makes this kind of dining a healthy option for a generation that has gone from steak and veg to tapas and yumcha in 50 food-filled years.

There are still some die-hards like Ted Hallman who at 84 believes a plain roast with pumpkin, potato, peas and gravy is better than what he calls “haughty cuisine”.

He’s got a good sense of humour and reckons he’s fitter than his children whom he describes as “always following some new food fad”.

He abhors sushi (“soggy rice with stuff on top”), thinks raw meats like carpaccio and ceviche are “disgusting” and laughs at the idea of a saffron reduction.

Unlike Ted, however, most people interviewed have happily embraced the ever-changing cuisine scene and are prepared to pay for it.

It’s worth noting that several commented on other aspects of dining out for seniors and pet hates were loud (or any) music and sloppy service (even in classier places).

“When I’m paying top dollar I don’t expect a waitress to stand there, one hip stuck out, saying ‘not a problem’ when you place your order,” Leonie said.

“My mother-in-law is very Old Country and says there is only one restaurant in Brisbane which offers truly European-style service, by which she means deft, discreetly attentive efficiency.”

The same used to be said of Annabelle’s in Noosa when legendary maitre d’ Gordon Shrubsole was in charge.

Dining out has become an important social activity for Australians of all ages and it is the cashed-up Baby Boomers with high expectations and sophisticated tastes who have led us into considering food as an art form rather than just body fuel.

Today, we can enjoy dishes from the furthest-flung parts of the world and thanks to the prevalence of TV cooking shows, we are always being tempted to try something new.

The emphasis on fresh farm-to-table produce means older Australians with health issues, and those who wish to avoid them, can choose their restaurants from among the many that offer tastebud-tempting and appetite-satisfying menus that are in tune with today’s lifestyle needs.

By comparison, the good old days were not really all that good, when it comes to dining out.  Though I do miss those giant mudcrabs at Baxter’s!

“Haughty” cuisine at its innovative best

Below are menu selections from two renowned restaurants (one in Brisbane, one in Noosa) that typify the type of fine dining that Queenslanders take for granted today.

The dishes are notable for their innovative fusion of different national cuisines, daring use of flavours, sparing use of starch and dairy and elevation of humble foods like kale (once used mostly for cattle fodder) to haute cuisine status.

They are also notable for increasingly-familiar terms like “amuse bouche” (French for pleasure or amuse the mouth). The first menu is decidedly French in style, the second is more global with strong Australian references.

Such dishes may make up a degustation menu of several tiny courses, or a set menu of two to three courses, with wine pairing, or simply be available a la carte.

This article is courtesy of the July edition of our sister publication, Your Time Magazine, which is out now.