Fun and Games as date with destiny arrives

Fun and Games as date with destiny arrives

'Be part of history': invitation to join fun and Games as our date with destiny finally arrives 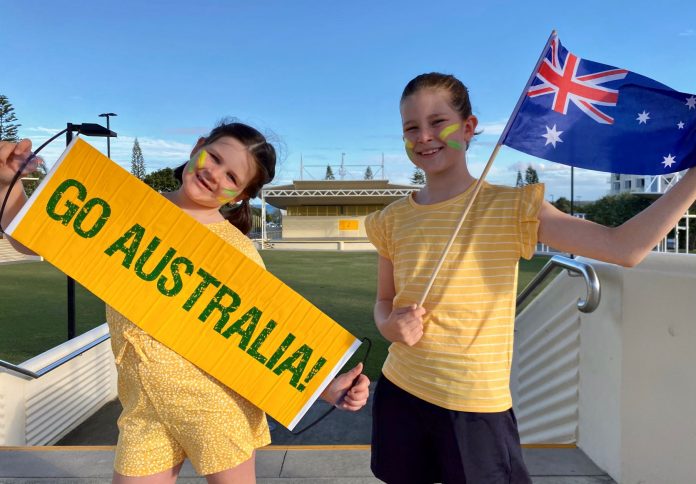 Sunshine Coast residents are invited to proudly don their green and gold gear today for the historic countdown to the International Olympic Committee’s decision on who will host the 2032 Olympic and Paralympic Games.

A free family event – Olympics Live presented by Westpac – will be held at Kings Beach Amphitheatre from 4-8pm.

Residents will be able to #HaveAGo at a spectacular line-up of Olympic-style events and meet their Sunshine Coast Olympic and Paralympic heroes.

The large screen at the amphitheatre will televise the announcement of the IOC’s decision live on Seven.

Live entertainment will be happening on the Kings Beach Amphitheatre stage from 4pm to 7.30pm and several sporting activities will be available including Brazilian Skills Soccer, mini Olympics, skateboarding, basketball, soft-tip archery and a climbing wall.

The master plan for the bid shows 28 sports being held across Brisbane, the Sunshine Coast and the Gold Coast.

If successful, Australia will host its third Summer Olympic Games after Melbourne 1956 and Sydney 2000.

Sunshine Coast Council Mayor Mark Jamieson encouraged all residents, schools and sporting organisations to join in the fun as the announcement neared.

“This is our chance to be part of history and find out whether Brisbane will host the 2032 Olympic and Paralympic games,” Mayor Jamieson said.

“With the big screen at the Kings Beach Amphitheatre, we’ll be crossing live to Tokyo and the IOC President, Thomas Bach.

“We’ll also cheer on our current crop of Olympians and Paralympians who are representing Australia in Tokyo.

“Our Olympics Live event at Kings Beach is not to be missed. So, bring the whole family down and join in the fun.”

Queensland Premier Annastacia Palaszczuk said on 21 July, Olympics Live sites would be the place to learn the result of the IOC’s vote on the 2032 Olympic Games.

“The IOC’s vote has the potential to be transformational for Queensland and the Olympic and Paralympic games,” she said.

“Olympics Live sites across the state are where you can share in the spirit of the Games and where Queenslanders can witness the IOC’s potentially historic decision on 21 July, as it happens in Tokyo.

“Economic modelling proves the Olympics has the potential to drive our economic recovery for decades to come.

“We saw with the Commonwealth Games how a major sporting event can deliver years of employment for thousands of Queenslanders.

“The Olympic and Paralympic games could create jobs across generations in a way that we’ve not experienced in Queensland before.

“There’s never been a more exciting time to be a Queenslander.”

Matt Carroll AM, CEO of the Australian Olympic Committee, said Olympics Live on 21 July at Kings Beach Amphitheatre presented a great opportunity for Australians to re-unite through sport, and cheer on our Olympians.

If the IOC accepts the Brisbane 2032 proposal, the Sunshine Coast is well positioned to potentially stage several events.

Mayor Jamieson said under this proposal, all partners had recognised that hosting the Games would provide a legacy 10 years before and 10 years after the Games events.

To view the virtual tour of the Brisbane 2032 proposal, including what it means for the Sunshine Coast, and to subscribe for updates visit www.sunshinecoast.qld.gov.au/Olympics2032