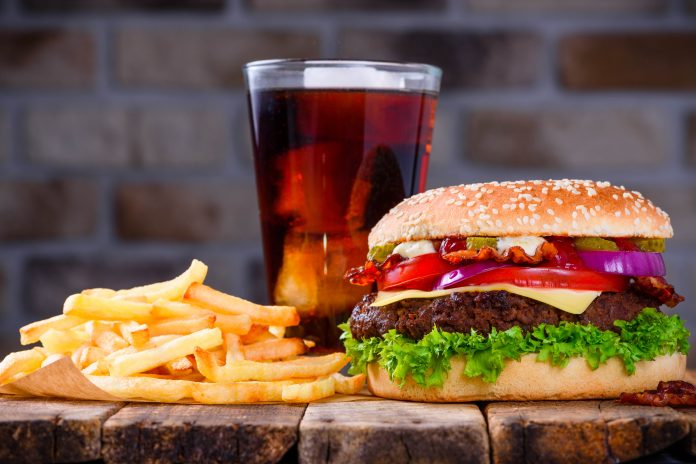 About a third of household food budgets are spent on food prepared outside the home, with most of us consuming it on average two or three times a week.

The high level of fast food consumption in Australia is a serious health concern.

We found the “combination meal deals” and “limited time” offers from the major chains provide strong incentives for people to over-consume unhealthy food and drinks.

Of all food prepared outside the home, fast food outlets are the most popular and represent almost half of the eating-out industry’s revenue.

Over 80% of Australians aged over 14 years regularly consume fast food. Adolescents are the highest consumers.

Fast foods are typically high in energy and low in nutrients and have been linked to poor health and obesity.

What we did in this study

We monitored the price promotions offered by some of the major chains over a three month period.

We did this by going in-store, and visiting their websites and online apps.

We included all “limited time” offers, where an item is offered at a reduced price for a limited time.

We also looked at the “combination meal deals”, or combo deals, on offer.

These deals provide a bundle discount if you buy multiple items.

Most commonly, combo deals consist of a main meal item (such as a burger), a side (such as chips), and a drink.

There’s often a choice of different options and sizes (such as small, medium and large) for the side and drink.

We then assessed the healthiness of the items on promotion, based on government-endorsed criteria.

We also looked at the amount of energy (kilojoules, or kJ) included as part of each offer, and compared it to the average recommended daily energy intake, which is 8,700kJ per day for adults.

We observed over 500 combo deals and almost 200 limited time offers across the ten chains.

The limited time offers provide an average discount of 42%. And combo deals provide price reductions of up to 45% relative to the price of individual items.

All of the limited time offers were on products classified as unhealthy, making it difficult to get a deal and avoid unhealthy food.

We found the energy content of combo deals was often very high, with some deals providing an astonishing 90% of the average recommended daily energy intake for adults.

The energy content of combo deals varied substantially based on the particular side and drink options selected.

If the highest-energy side and drink options (such as large chips and a 600ml bottle of sugary drink) were selected, the average energy content of each combo deal was almost 6,000kJ.

This is almost 70% of the recommended daily energy intake for adults.

Even when the lowest-energy options (such as a salad and water) were selected, almost 70% of combo deals provided more than a third of the average recommended daily energy intake for adults.

Critically, we found the energy content of combo deals could almost be cut in half if the lowest-energy side and drink options were selected.

Several of the fast food chains offered combo deals on their children’s menus.

Over 80% of these children’s combo deals were classified as unhealthy. Most of them included high-energy side and drink options, at a substantial price discount compared to the standalone items.

These promotions were in place despite six of the chains signing an industry pledge to reduce marketing of unhealthy foods to children.

What does this mean for our health?

The extensive use of price promotions by major fast food chains in Australia is strongly encouraging the purchase of unhealthy foods and over-consumption of kilojoules.

This contributes to the unhealthy state of our diets.

If we want the Australian population to be healthier, we need to change the way fast food chains are allowed to promote junk food.

For example, in 2019, then-Queensland Health Minister Steve Miles likened $1 frozen sugary drinks to “the sugar equivalent of flooding our suburbs with crack cocaine”.

What’s needed now is higher standards for the way junk food is promoted.

A potential option is to make healthier items (like water and salads) the default selections as part of combo deals.

This would likely nudge people to consume healthier options, while still providing a range of choices.

Another option is for the government to ban price promotions on unhealthy foods altogether.

This would mirror recent policy action in the UK, where “two-for-one” junk food specials in supermarkets are set to be outlawed from April 2022.

There’s a real opportunity for the federal government to include such measures as part of the National Obesity Strategy which is currently being finalised.