'We are locking in some certainty': Coast to host teams, games as NRL relocates due to outbreak 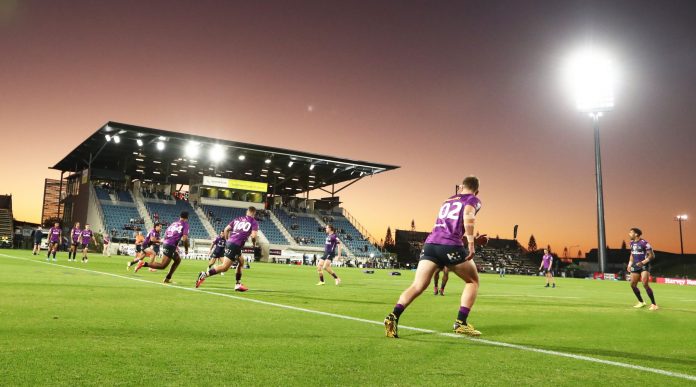 The Sunshine Coast will help host teams and games as the NRL shifts 12 clubs out of NSW and the ACT and into South-East Queensland.

The dramatic move, forced by NSW’s escalating COVID-19 situation, has been locked in for at least a month.

The NRL will reschedule 23 games originally booked in for NSW as hundreds of players and staff prepare for a relocation into Queensland that could extend the length of the season.

Twelve clubs based in NSW and the ACT will be shifted into hubs in Brisbane, Sunshine Coast and Gold Coast by Wednesday for at least a month.

On the Sunshine Coast, teams are expected to stay at the Novotel Sunshine Coast Resort at Twin Waters, formerly a seasonal home to Melbourne Storm.

The Knights, Panthers, Roosters and Sea Eagles are set to be based on the Sunshine Coast.

The Eels, Bulldogs, Rabbitohs, Raiders, Warriors should be on the Gold Coast, while the Dragons, Sharks and Tigers are set to stay in Brisbane.

Games scheduled for the next four rounds will be revised over the next few days and moved to Suncorp Stadium, Cbus Super Stadium and Sunshine Coast Stadium.

While the NRL flagged a return to Sydney as soon as it is safe to do so, chief executive Andrew Abdo said there was a possibility some clubs would need to remain in Queensland until the end of the season.

“We’re locking in some certainty for the next four rounds. That buys us some time to figure out how the situation unfolds in NSW,” he told Fox Sports.

“If we need to extend to the end of the season, then we will, we know that we have the capacity to absorb that.

“We’re going to commit to taking 40-odd players and officials up from the 12 teams and we’re also going to support getting their immediate family members there as well.

“That will be a four-week period but if we need to extend through to the end of the season we will.”

All nine Sydney clubs, plus the Warriors, Newcastle and Canberra were told to finalise a bubble rosters of 41 people including players and staff to make the move into Queensland by Wednesday.

The bubble will still be maintained at the home base of those clubs with players not making the initial move into Queensland allowed to continue training.

Those clubs will then be flown by charter flight into Queensland, with their exact destination expected to be finalised on Monday.

Melbourne and the three Queensland teams will remain at their home bases for the time being, although the NRL will reassess based on developing biosecurity advice.

The call to relocate the season comes after greater Sydney recorded 77 new COVID-19 cases on Sunday, with more than 100 cases expected to be announced on Monday.