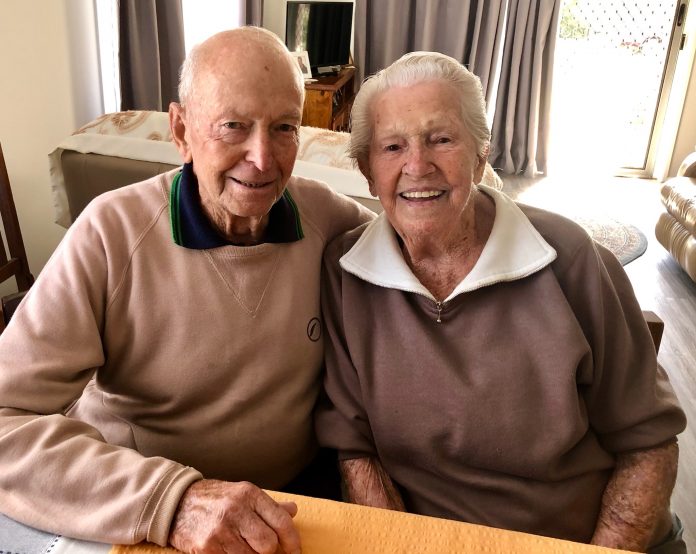 A Sunshine Coast couple who recently celebrated their 69th wedding anniversary is settling into life at Golden Beach after 36 years living in Landsborough.

Both aged 94, living independently and with a passion for gardening and fishing, John and Phyllis Ginns celebrated the milestone on June 28.

The couple’s son Ross says his parents met in February 1951 at a weekly dance at Sydney’s Marrickville Town Hall.

“It was funny, dad had asked to take mum home that night after the dance, but she had to decline as she went to the dance with another fella,” he says.

Like stories about Sunshine Coast people? Help us deliver more by registering for our free daily news feed. All it requires is your name and email. See SUBSCRIBE at the top of this article

Eventually Mr Ginns persisted, and the pair had their first date driving around the beaches and tourist sites of Sydney.

Mrs Ginns’ parents lived in Nanango, so the pair married at the Nanango CWA Hall in 1952, moving to Caloundra in 1970.

“Mum felt it was like coming home for her, just the feeling of living back in Queensland.”

The couple was also integral in helping the Caloundra Ambulance Christmas Carnival for more than 16 years and sold their well-known chilli jam at the Maleny Markets for 22 years.

The couple’s secret to 69 years of marriage is “to enjoy each other’s company, have love, forgiveness and to not let the sun set on your disagreements”.