Light rail, buses, trams? It's D-Day for your say on the Sunshine Coast's transport future 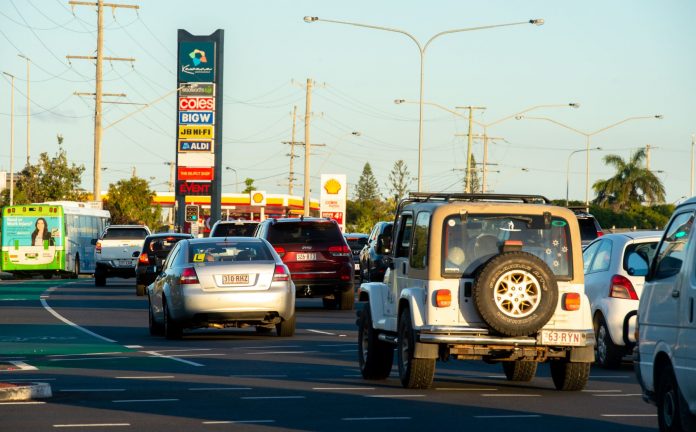 Sunshine Coast Council has vowed that public feedback will be used to “refine” the options being considered for a mass transit system that could be running on the Coast from 2027.

The council has put forward five alternatives for a public transport corridor from Maroochydore to the hospital, including a bus corridor, bus rapid transit like Brisbane, trackless trams and wireless light rail — ranging in price from $429 million to $1.553 billion.

Submissions will close at midnight Tuesday, June 22, and can be made via council’s website.

The community’s responses will be used to shape the final ‘Options Analysis‘ report that will be handed to the State Government which would be in charge of developing the project and co-funding it with the Commonwealth.

Council’s draft Options Analysis paper was released to the public eight weeks ago in April, exploring the “problems and solutions” to future traffic on the Coast as well as scenarios for higher-density development along the transport corridor.

The report highlighted the need for a mass transit system to get drivers out of cars as 182,000 more people move to the Coast in the next 20 years.

The council won’t say yet how many public submissions have been received but at least one vocal group with 7,000 followers, The Beach Matters, lodged its own paper and wants the council to resurrect CAMCOS (the Caboolture to Maroochydore Corridor Study) which has been sitting dormant since the late 1990s.

Federal member for Fisher Andrew Wallace has also publicly declared his opposition to light rail, pushing instead for the CAMCOS corridor, and said he had made his position known to Prime Minister Scott Morrison.

Deputy Mayor and Transport Portfolio Councillor Rick Baberowski said a “comprehensive analysis of feedback” would begin shortly after all final submissions had been received, including those that had been posted.

The analysis will include a review of feedback gathered at various interactions such as pop-up booths, online surveys, key stakeholder meetings, intergenerational forum and submissions.

All survey responses are being considered and a report will be presented to council “in due course”, the council said.

Subject to council’s agreement, the finalised report will be sent to the State Government for consideration and further assessment.

It will then form the basis for the next phase of the business case process for the project — the Detailed Business Case which will developed over 2021-22.

The council says the whole process was designed to prove to the State and Commonwealth Governments that this was a project worth investing in.

Sunshine Coast Chamber Alliance secretary Leanne Layfield said businesspeople had taken part in the consultation process on a personal level but the alliance itself did not have a formal position.

Ms Layfield said it was true that something needed to be done to address worsening road congestion but mass transit was not the only solution.

“With population growth happening, not just right now but consistently for the next 20 years, I think there’s an understanding that we have to look at options and we’re going to need multiple and complex solutions to the getting around the Sunshine Coast, both intra and inter-regional travel,” said Ms Layfield.

“For those who have lived here, it is far more congested now than it ever was in the past and there’s an acknowledgement that congestion causes delays which does interfere with business.

“But mass transit is just one piece of the ultimate jigsaw puzzle for the region in terms of overarching transport issues in the future.

“It’s not the panacea to everything the Coast needs but one piece of the puzzle.”

Mooloolaba Chamber of Commerce president Graeme Juniper said the group had not received strong feedback from its members.

Cr Baberowski said the council “truly appreciated the community’s ongoing engagement in this community consultation process and were extremely thankful to all those people who completed the Sunshine Coast Mass Transit survey to date”.

“Community feedback received via our council survey will help to refine the mass transit options that are most suited to our local area and Sunshine Coast character.”

Council will also publish consultation outcomes on the project’s Have Your Say webpage.