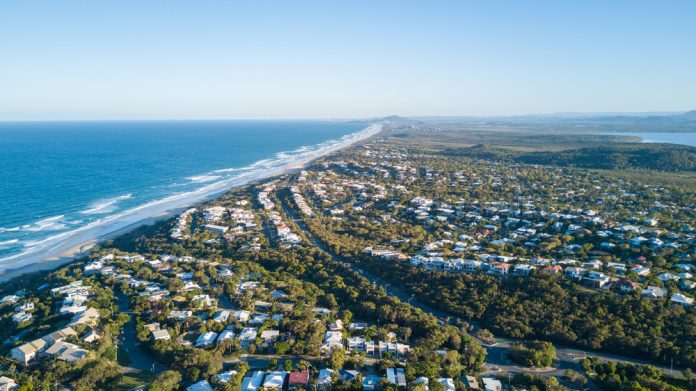 Noosa is considering a pilot solution to its desperate housing crisis that would allow ‘secondary dwellings’ to be built on people’s existing properties.

The bold proposal that would tackle the issue head-on would require state approval because rules currently make it illegal to rent out granny flats to tenants who are not members of the same ‘household’.

Independent Noosa MP Sandy Bolton has secured support for the pilot from the State Government, as part of addressing what has been an extenuating and impacting crisis because of unprecedented demand.

“This is just one part of efforts to ensure our workers have a home, and our retirees could stay on their own property via extra income” she said.

“Others include the need to remove constraints around share housing especially for our at-risk over 55s women, utilising sites more effectively, and increasing community housing management that ensures affordability is retained.”

Under the changes being workshopped by Noosa Shire Council — which could be adopted across the state if successful — home owners would be allowed to build ‘secondary dwellings’ for long-term rental or to live in while renting out their main house to long-term tenants.

This would provide lodging for thousands more people, many of whom are now leaving the area because they have been priced out. Businesses have revealed the crisis is having a dramatic effect on their workforce.

Noosa would pilot the scheme as a way to get more housing stock into the region where affordability has been pushed out of the reach of lower-income workers.

A spokesperson for Noosa Shire Council confirmed the council was investigating a range of options.

“As part of this work, staff are considering the role secondary dwellings might play in providing more affordable housing options for the community,” said the spokesperson.

What do you think? Submit a Letter to the Editor at Sunshine Coast News via: news@sunshinecoastnews.com.au

sunshinecoastnews.com.au understands the workshopping will consider such factors as the size of the second dwelling and how it can be retained for long- term versus short-term rentals.

Current state planning laws makes it illegal for granny flats to be rented out as accommodation to people who are not members of the same household as the main dwelling.

This means people living in the granny flat and the main house must “have the common intention to live together on a long-term basis and make common provision for food or other essentials for living”.

On the Sunshine Coast, a granny flat must be built on a block of minimum 600sqm and has to be within 20m of the main dwelling, even in rural areas. Noosa abolished the 20m rule on rural blocks.

If pushed through, the changes would mean homeowners could build a secondary dwelling and rent it out, but only for long-term accommodation, not short-term letting such as Airbnb.

Or homeowners who were wanting to downsize from their main dwelling could move into the smaller building and rent out the main house to a family.

Noosa famously introduced a so-called ‘population cap’ which spelled out the maximum capacity of the region, effectively limiting new development.

However the housing situation in Noosa has become so dire that workers have been priced out of their own communities and are moving away as rents go through the roof, with rooms fetching $400 per week.

People have described landlords raising rents by several hundreds of dollars to capitalise on the demand and not being able to find anywhere else to move into.

Businesses are also suffering through not being unable to get or hold onto staff who are forced to move away from the tourism town to find affordable living.

“Emergency measures have been undertaken by securing the assistance of our backpacker hostels as part of having temporary worker accommodation available “ Ms Bolton said.

“However this is limited, and we require extra accommodations including in the form of head leases to our community housing managers.”

Stay on top of local stories and join an independent news revolution by registering to receive our free daily news bulletin: Go to SUBSCRIBE at top of this article

Noosa Mayor Clare Stewart has described the housing situation as a “major problem” with the region at “crisis point” as families have no option but to live in tents.

The Noosa council is looking at a range of medium-term solutions including auditing spare land owned by the council and State Government in its shire that could be used to establish new affordable housing.

Noosa Council is also in the process of investigating areas of the shire that could be rezoned from low density and rural residential to accommodate medium-density housing.

“This work is ongoing. Once it’s complete, staff will bring a report back to Council – with recommendations – for consideration at a future round of meetings.”