‘In great shape’: our stars look to book seats to Tokyo

‘In great shape’: our stars look to book seats to Tokyo

Swimmers in great shape for Olympic and Paralympic selection trials 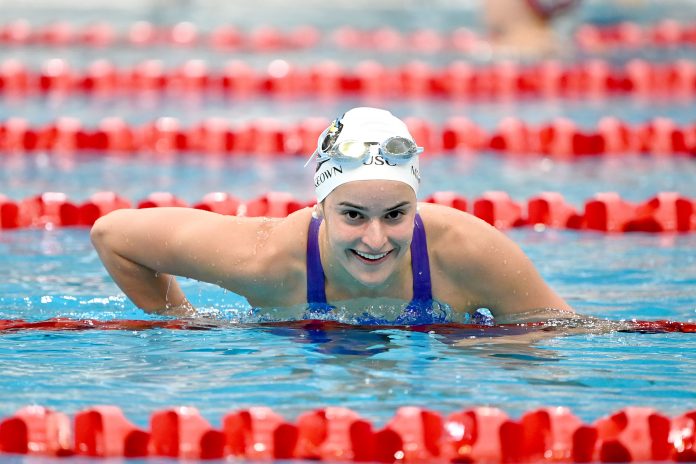 USC Spartans coach Chris Mooney says his charges are primed for the Olympic and Paralympic swim trials, which get underway at Adelaide on Saturday.

The club will boast 20 athletes at the national meet, where five years of preparation goes on the line. It will run until Thursday and will be broadcast on Amazon Prime.

Mooney said the Spartans were well prepared and he was optimistic they would fare well.

“I don’t think I’ve ever gone into a meet unhappy with my athletes,” he said.

“I’m very fortunate they’re so professional. They are very team orientated and I think that helps them get the best out of each other.

“This preparation has been no different to others and I’m very proud and pleased with where they are and how they’ll present.”

“I have always believed that if you have got a lane, you have a chance,” Mooney said.

“They have to just take one race at a time, focus on the morning swim (heat) and then do what it takes to swim well in the final.”

The trials are cut-throat, with the two fastest swimmers from each event likely to claim spots on the plane to Tokyo, if they beat difficult qualifying times.

“But we wouldn’t have it any other way,” Mooney said.

“We know what it’s like and we’ve prepared for that.”

McKeown, 19, is poised for a big meet after winning three national titles in Sydney in April and breaking three Commonwealth records at the Sydney Open in May.

“But we (as a team) have been swimming well.”

McKeown’s set to compete in backstroke and individual medley events at the trials.

She’s yet to compete at an Olympic Games but has world championship silver medals to her name.

Packard has claimed medals at Olympics, world championships and Commonwealth Games, with gold at the latter.

Club-mate Tessa Wallace, 27, is another established athlete taking aim at trials, after coming second in the 50m breaststroke and third in the 100m breaststroke at the national championships.

She’s competed at Olympics, world championships and Commonwealth Games, medalling in the latter.

The Spartans have essentially trained in a bubble since early last year to minimise any risks associated with COVID-19.

“It’s so important we get this opportunity, so we’ve been professional in every single way with this preparation.”

He said the swimmers had shown resolve during what was essentially an extra year of training for the trials and Games, after they were postponed from 2020 to 2021.

“It’s been five years (since the last trials) but it’s quite overwhelming just how quickly it has come upon us,” Mooney said.

Keep independent and fair Sunshine Coast news coming by subscribing to our free daily news feed. All it requires is your name and email. See SUBSCRIBE at the top of this article.

Swimmers from other Coast clubs, including Noosa, Kawana, Cotton Tree and Pelican Waters, will also be in action.

Kawana’s Liam Schluter, 22, should be a threat in a range of S14 (intellectual impairment) events.