Why nation’s best sailors have returned to Coast

Why nation’s best sailors have returned to Coast

Why the nation's best sailors have returned to the Sunshine Coast 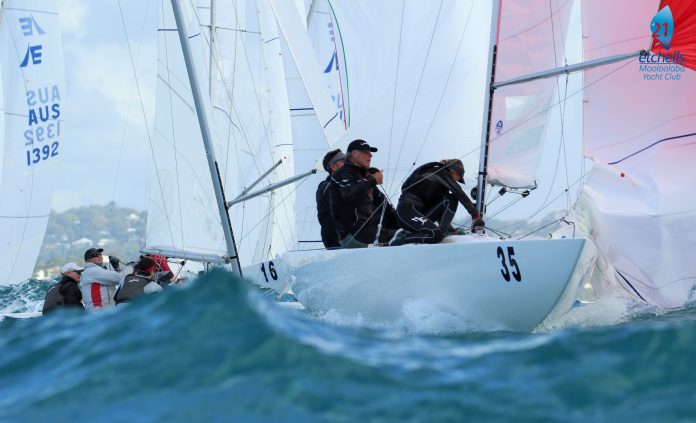 A bustling Sunshine Coast intersection is about to be upgraded, catering for the 15,000 commuters who use it each day. Sunshine Coast Council is poised More
More
Property

Two of the region's most experienced not-for-profit leaders have been appointed joint-CEOs of a disability service provider in the rarest of job-sharing arrangements. Existing 121 More
More

Many of the nation’s finest sailors will provide a wonderful spectacle off Mooloolaba from Thursday to Sunday.

The thrilling Australian Etchells Championship is returning to the Sunshine Coast with close to 40 teams competing.

There will be a number of notable sailors, including the winners of the Etchells World Championship that was held in Brisbane in 2018.

The skipper of HillPDA Sailing Team, World Champion Martin Hill, will be joined by gold and silver medalist Mat Belcher (2012, 2016) with his silver medalist crew from 2016, Will Ryan.

This incredible duo will be on board as part of a training unit for the Tokyo Olympics where they will compete together for Belcher’s third, and Ryan’s second Olympics on the 470 dinghy.

“How lucky am I” HillPDA team leader Hill said on the crew he will have with him this weekend.

Local journalists supporting local people. Help keep independent and fair Sunshine Coast news and sport coming by subscribing to our free daily news feed. All it requires is your name and email. See SUBSCRIBE at the top of this article

It’s resuming after a serious break between major events for the class following 2020 postponements.

The last time we saw Etchells racing at Mooloolaba was the Australasian Championships, held from the Mooloolaba Yacht Club at The Wharf in 2019, pre-COVID.

Sunshine Coast locals on “Our Thing” were the victors, with David Turton at the helm.

Racing is expected to begin at 11am on Thursday, Friday and Saturday and from 10am on Sunday. Spectators will be able to view the action from the Mooloolaba Spit.

What is the Etchells class?

The Etchells class was originally designed as a three-person keelboat with the potential of being an Olympic class, but it was never selected. The designer, Skip Etchells could have never dreamed of the class that he would create when they were first launched in 1966.

We now see Olympians, America’s Cup racers and the top of our sport line up in this one-design class, which really pegs the skill of sailors against their fellow sailors.

One-Design means that the boats are quite simply, as close to identical as possible.

The likes of John Bertrand AO himself chooses to race an Etchells for some of the toughest, and closest racing that you will see in sailing.

The racing is what is referred to as “around the cans” racing in sailing. The fleet will start over an imaginary start line, do a specified number of laps, and then cross the finish line.

The place that you finish, is the amount of points that you get, and at the end of what will hopefully be nine scheduled races, the boat with the lowest score will be crowned the Australian Champion.

Consistency is king, and no doubt the fleet will put on a fantastic show for locals over this June long weekend.