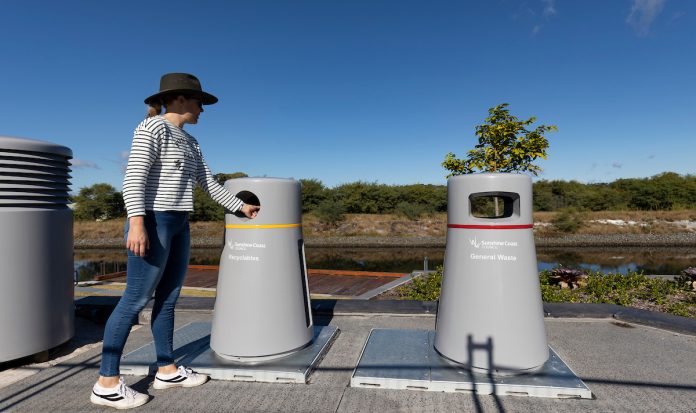 In a stark and ongoing reminder that domestic and family violence is a scourge in our community, Sunshine Coast Council has installed four bright red benches.. The More
More
News

Australia’s first underground automated waste collection system for a CBD is live and was officially opened this week in the new Maroochydore City Centre.

Waste and recyclables from buildings and public bins in the new Maroochydore City Centre will move by vacuum pressure at up to 70kmh through a 6.5km network of underground pipes to a control centre on the perimeter of the CBD.

The collected material will then be transferred to disposal or recycling facilities.

“New urban developments in Stockholm, Seoul, Barcelona, London, Singapore and Beijing have all utilised the Swedish-designed ENVAC waste collection system – but no Australian city has done so – until now.”

“This project is just one of the ways in which the new Maroochydore City Centre will be one of the smartest cities in the country and another step towards achieving our vision for the Sunshine Coast to be Australia’s most sustainable region.”

“This system can be monitored continuously and waste disposal managed on both a routine and as needs basis,” Cr Johnston said.

“This means cleaner streets, fewer odours and no overflowing wheelie bins in this city centre. 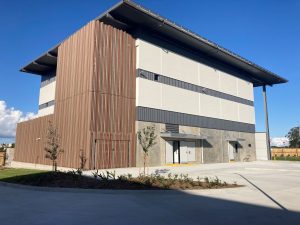 “It means city workers and residents won’t have to walk past rows of wheelie bins on the street or be woken early by noisy garbage trucks servicing bins on the city streets.

“Over the long term, council aims to achieve other benefits these systems have been shown internationally to deliver like more waste diverted from landfill, reduced carbon emissions from collection trucks; and of course less truck traffic on the local roads.”

The existing AWCS underground pipe network will be progressively extended into future stages as the city centre is developed.

South Sydney's NRL clash with New Zealand, to be played at Kawana next month, is going to be a cracker with tickets now on More
More
News

Doonan Creek Environment Reserve in Peregian Springs is now the largest reserve in Sunshine Coast Council’s conservation estate, thanks to the acquisition of an More
More