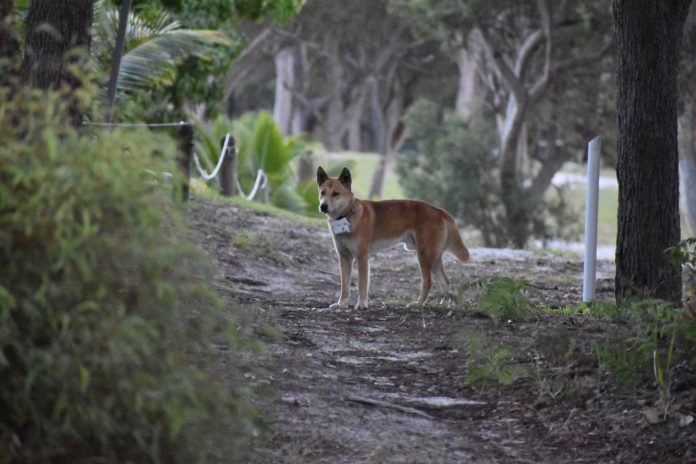 Camera collars will be placed on dingoes on Fraser Island (K’gari) that have lost their fear of humans following a recent attack on a two-year-old boy.

Two dingoes from the so-called Orchid Beach pack will be fitted with the high-tech devices which will be timed to drop off after three months.

Rangers will be able to download images to see where the animals have been and how they behave within their natural environment and around people.

“To reduce the potential for further negative interactions, rangers have fitted camera collars on two wongari residing in or around the Orchid Beach residential area,” said Mr Price.

“The camera collars are light weight and will be worn by the wongari for up to three months, releasing via a timed drop off mechanism.

“The camera collars are also GPS-enabled and will better inform our knowledge of their movements and interactions.”

In April a two-year-old boy wandered from a house in the Orchid Beach township and was bitten on his head and neck, as well as his left arm and leg, and flown to Bundaberg Hospital.

Mr Price said several dingoes had been loitering around Orchid Beach and it was obvious from their condition and their lack of fear of people that they had become habituated through being fed.

“Feeding and attracting wongari can have serious consequences – as we saw with the attack on a child at Orchid Beach recently – and can result in euthanasia of the animals,” he said.

“We believe a wongari from the Orchid Beach pack is responsible for the attack, but exactly which one could not be identified with any certainty.”

Mr Price said tracking collars have been used world-wide to track and assist in managing animal/human interactions and are approved by an independent Animal Ethics Committee.

“We have used tracking collars on K’gari regularly since 2011 to learn more about the movements of the wongari and to continue to develop better management programs,” he said.

“Experienced rangers on the island will closely monitor the condition of the wongari wearing collars, but previous studies have shown the collars have not disadvantaged or restricted them, as they are a strong and highly resilient species.

“Anyone who sees a wongari wearing a collar is urged to exercise caution and give them their distance, as they may be prone to demonstrating dominant behaviour.” 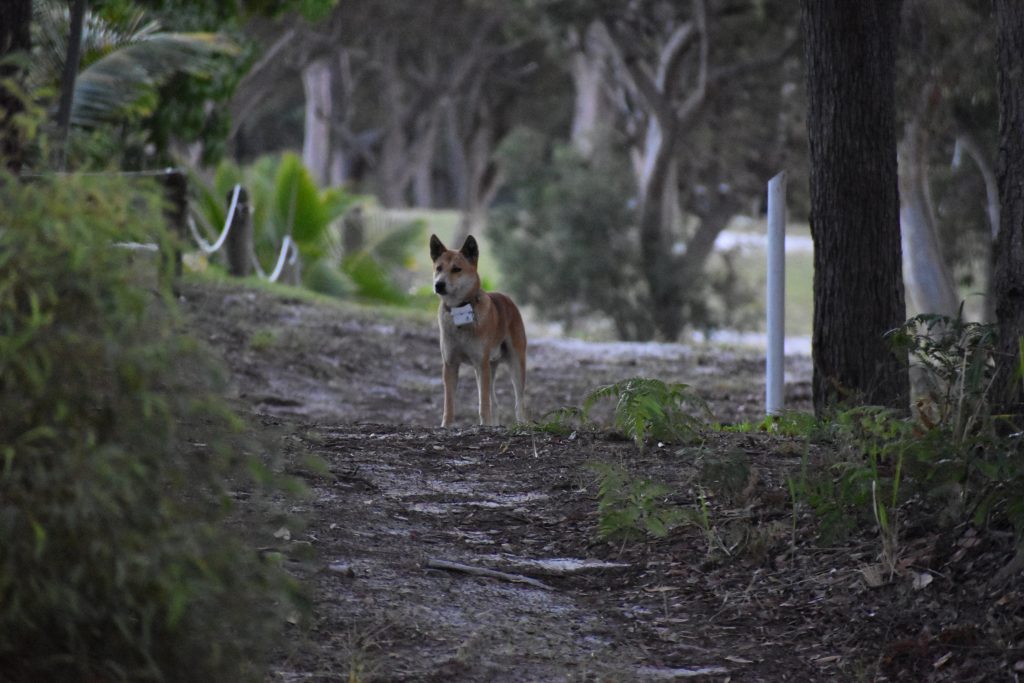 Residents or visitors who take images or video of wongari wearing a collar can send them to dingo.ranger@des.qld.gov.au to assist in monitoring.

He said QPWS remained committed to working closely with the Butchulla Aboriginal Corporation in the management of K’gari’s iconic wongari and its World Heritage renowned natural and cultural values.

Visitors to K’gari are reminded to be dingo safe at all times:

‘Surging back’: jobs and training to get massive boost

The Queensland government will pour $460 million into its flagship skills and training programs over the next four years. Treasurer Cameron Dick will hand down More
More
News

The much-anticipated inaugural Sunshine Coast Chamber Music Festival will be held from June 18 to 20 and promises to excite, soothe, connect, challenge and More
More