Region’s first sleep bus for people with nowhere to live

Region’s first sleep bus for people with nowhere to live 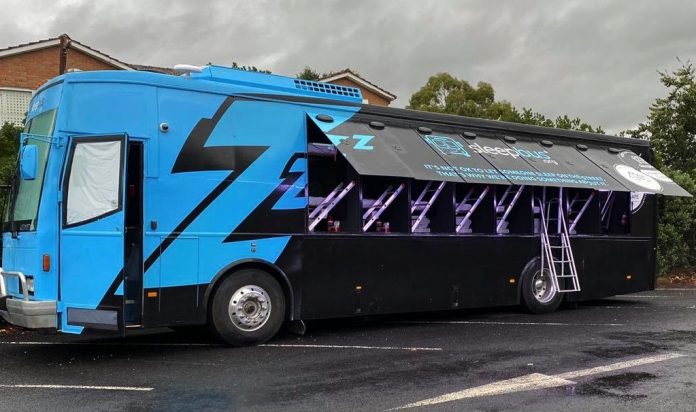 The Sunshine Coast’s first sleep bus will be introduced this year as one of the solutions to the region’s growing homeless emergency.

With housing and rental prices soaring, statistics from Maroochy Neighbourhood Centre revealed 769 people within the Maroochydore community were living rough on the streets.

The sleep bus innovation follows a recent roundtable to address the crisis.

Community development co-ordinator Mark Ellis said recent statistics did not include “couch surfers” and those living in tents, and that 63% of people who presented to the centre in need of housing help were men.

“We are getting hammered and we are seeing a lot of new people,” Mr Ellis said.

“It’s not just men, it’s females and families who cannot afford the increase in rent.

“Their tenancies have finished and if they want to stay, they need to look for another $80 a week.”

Mr Ellis said it was an all too familiar story, and just recently a woman, whose husband is stranded overseas, had been forced out of the family rental after the weekly price was increased by $85.

“Mum is here with three young kids trying to survive while her husband is stuck overseas, and the rent went up $85 a week and now they are sleeping in a tent and essentially homeless.

In an effort to alleviate the high percentage of men living rough, Maroochy Neighbourhood Centre last year began a fundraising campaign to fit out a Sleepbus to house around 17 men each night.

“The bus is now getting prepared; they’ve ripped out all the seats and it is going away to have all the beds frames fabricated.”

Sleepbus founder Simon Rowe congratulated the local community on its fundraising efforts in a statement to social media.

“What an amazing effort by Mark and the community on the Sunshine Coast,” Mr Rowe said.

“Now that the funds have been received, the work can begin.”

The bus will be parked in Maroochydore and sleep 17 to 20 men each night in Japanese-style pod beds with a television, heating, air-conditioning, lights, ports to charge mobile phones, as well as room for pets, to allow men to have a safe night’s sleep.

Do you have a story to share about this issue? Email us at news@sunshinecoastnews.com.au

“The key here is having somewhere where they can actually jump in and have a safe place to sleep for the night,” Mr Ellis said.

The centre can then connect sleep bus users with various service providers to help them navigate the next step in securing more permanent housing.

Now a fundraising campaign has begun to raise $100,000 for the Maroochydore Pink Sleepbus to fill the void for women and their children.

“If we had the bus here, (women and children) could jump on board. You’re safe and get up in the morning, have brekky, have a shower and look at your day ahead,” Mr Ellis said.

“The kids could actually get up in the morning and even though they are not in housing, they can maintain their life and maintain going to school.

“These kids can’t do that. They get up in the morning, they are hungry, there are no showers and no toilets.”

Sleepbus was founded 2016 with projects now in Melbourne, Canberra and Queanbeyan, as well as the two Maroochydore busses.

Each sleep bus has a designated parking spot, where it stays for the night, from 8pm until 8am, 365 nights a year.

Mr Ellis said it was important to intervene with the homelessness cycle before people in these situations begin to lose hope.

“There is homelessness and then after homelessness there is hopelessness, and once someone reaches that point it’s really hard to bring them back,” he said.

Mr Ellis fears the homelessness crisis would become worse before it gets better and said the cost of keeping someone sleeping rough safe each night came with a hefty price tag.

“If people actually realised how much it costs to keep a person homeless, they would be shocked,” he said.

“It costs around $30,000, being conservative, a year to keep someone living on the streets.

“That is just the basics of hospitals, ambulance, police, safety and court.

“We don’t get funded to do what we do, we do it because they are part of our community.”

To shine a light on what the centre does, the Maroochy Neighbourhood Centre will hold a Building a Resilient Community event for the public and local businesses at Maroochy RSL on June 2.

“For us it’s about showcasing what we do as a whole organisation and how we go about it,” Mr Ellis said.

“It’s about getting it out there that we are trying to do everything with little to no money.

“As a community, we need to get together and do this.”

To donate to the Maroochydore Pink Sleepbus campaign, visit: sleepbus.org/fundraisers/maroochydorepink.

Inquiries regarding the community event can be made to projects@maroochync.org.au.