Unsure about AstraZeneca? Should you wait for Pfizer?

Unsure about AstraZeneca? Should you wait for Pfizer?

I’m over 50 and hesitant about the AstraZeneca COVID vaccine. Should I wait for Pfizer? 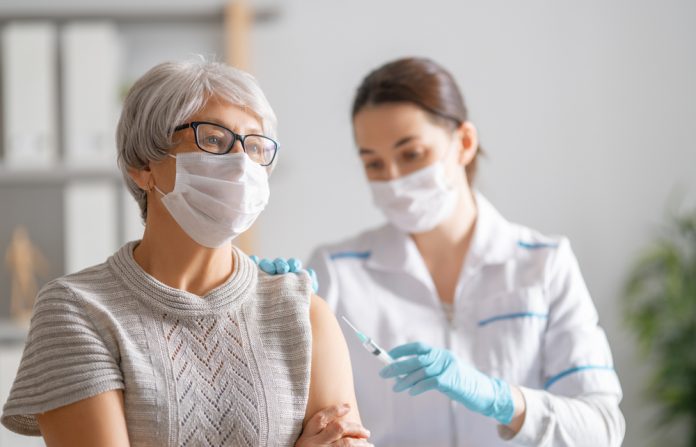 It’s been well documented that there’s a significant level of vaccine hesitancy in the Australian community at the moment. This appears to be a particular issue among adults over 50 concerning the AstraZeneca vaccine, for which this group is now eligible.

Hesitancy over the AstraZeneca vaccine, likely to be stemming largely from the very small risk of blood clots, is leading some people to ask: can’t I just wait and get the Pfizer vaccine later?

Australia's vaccine rollout is slowly picking pace. But still lagging behind other countries.
Perhaps we too need someone to be the public face of our vaccination campaign.

Would love to hear from you. Should there be incentives to get people going? pic.twitter.com/EwMCbUwFJk

It didn’t help things when federal health minister Greg Hunt said there would be enough supply of the mRNA vaccines (Pfizer and Moderna) later in the year for anyone concerned about the AstraZeneca shot. Hunt has since pedalled back on his remarks.

Despite the mixed messaging, you shouldn’t wait for a Pfizer or Moderna vaccine later. There are a number of benefits to getting the AstraZeneca jab now.

Thinking about the blood clot risk

Thrombosis with thrombocytopenia syndrome (TTS), an unusual blood clotting disorder, has been associated with the AstraZeneca vaccine.

It’s important to emphasise it’s not unreasonable to have concerns about the risk of a potentially serious side effect from the AstraZeneca vaccine, or any other vaccine. The challenge is in understanding the magnitude of this risk, putting this risk into perspective, and then weighing up the risks versus the benefits before making a decision.

The difficulty is your brain plays a variety of tricks on you when you try to make sense of risks like this. For example, we have a tendency to perceive the risks of very rare adverse outcomes (such as TTS) as being greater than they are.

We also tend to be more concerned about negative consequences that may arise as a result of our actions than our inactions. That is, we’re generally more worried about a potential adverse outcome from taking a vaccine than any adverse outcome that may result from not taking it. This of course isn’t logical, but is another one of the errors we make in processing risks.

In terms of assessing the risk of TTS associated with the AstraZeneca vaccine for over 50s, we’ve always known the risk is very low.

In Australia it’s estimated this syndrome occurs in six per million people vaccinated, on average, with the risk even lower for those over 50. This is about the same as your risk of serious injury from being struck by lightning in a year in Australia.

Importantly, as we’ve got better at detecting and treating this condition, the likelihood of severe outcomes from TTS have come down considerably. So the rare risk of serious illness from this syndrome looks to be even rarer than we first thought.

To put TTS into perspective, it’s also useful to note we see around 50 blood clots unrelated to TTS every day in Australia.

Weighing the risks against the benefits

The benefits of getting the AstraZeneca vaccine are considerable for over 50s, from both an individual and a community perspective.

When opting to get a vaccine, you’re protecting yourself against the future risk of infection and possible severe illness. For over 50s who contract COVID the risk of severe illness and death is very real. We’re also learning many people who get COVID-19 suffer with ongoing and sometimes debilitating symptoms, a phenomenon called “long COVID”.

Another factor which may be driving hesitancy around the AstraZeneca vaccine is the perception the Pfizer vaccine works better. But the most recent data suggest any difference in the performance of these vaccines may be smaller than we originally believed.

Although phase 3 clinical trial data indicated the AstraZeneca vaccine had an efficacy of around 70%, new real-world data from the United Kingdom tells us it could be as much as 85%-90% effective in protecting against symptomatic COVID-19.

This is positive news and not far off the 95% figure for the Pfizer vaccine seen in clinical trials and in the real world.

And apart from effectively protecting against severe illness and death from the original strain, the AstraZeneca vaccine appears to work almost as well in protecting against more severe outcomes for variants of concern, such as the UK variant. Early signs also suggest the vaccine is working quite well to reduce transmission of the virus.

It’s also important to understand — and this applies to all age groups — that we’re getting vaccinated for the health of the community as a whole.

Although a great deal of the success or failure of the vaccination program has been framed in terms of reaching herd immunity, we don’t need to reach a certain threshold for the community to reap benefits. Every vaccine delivered makes a difference as the greater the proportion of the population vaccinated, the more difficult it is for the virus to spread.

As we’ve seen in Taiwan in recent weeks, being complacent about COVID is flirting with danger.

Even though we don’t have community transmission of COVID in Australia now, and we may feel safe and secure in this climate, we need to remember things could change very quickly.

There’s really no logical reason for someone over 50 to wait for an alternative to the AstraZeneca vaccine, like Pfizer or Moderna. If you do choose to wait, there’s no guarantee when any alternative might be available, and in the interim you risk leaving yourself vulnerable.

By stepping up to get your vaccine as soon as you can, you protect yourself against severe COVID and make a significant contribution to putting this pandemic behind us, including getting Australia closer to opening up international borders.