Your say: party house rules, light rail concerns and where are our manners? 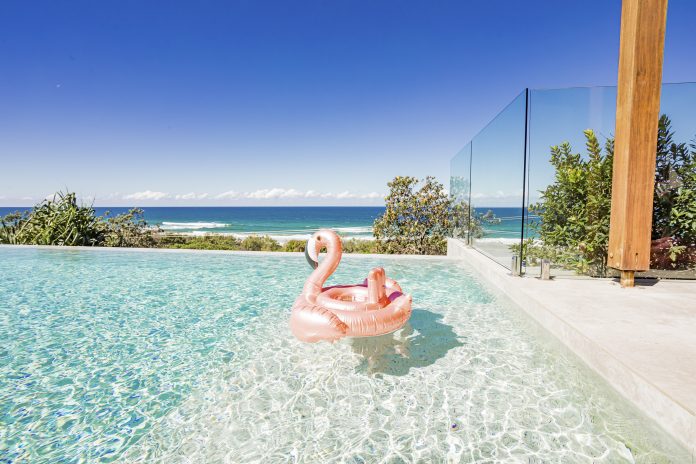 We need to preserve amenity of neighbourhoods

I’m particularly keen to hear specific examples of where Noosa Council are “making crazy rules up”.

Having lived in Byron Bay and Noosa (currently living in a property adjoining a short term holiday rental in a residential area) with the consequences of short term letting, Noosa Council’s proposed amendments don’t sound “crazy” to me.

The owners of the short term rental property adjoining ours are caring and sensitive to the issues associated with short term letting. They do all in their power to preserve the amenity of our neighbourhood.

This is not always effective.

We regularly see tenants arrive exceeding the stated number and description of guests on the application.

When a phone call is made about noisy, aggressive, drunk tenants waking residents at 3am, the damage has been done.

Our experience strongly suggests that short term holiday letting will always be incompatible with residential neighbourhood amenity in the long term.

Despite the best intentions from the most vigilant and caring landlords, we still experience a lack of amenity from dishonest or simply uncaring visitors seeking to maximise a holiday lifestyle in a residential area.

Any local law changes to tilt the balance back in favour of local residents will always be welcome in our neighbourhood.

The shortcomings of light rail

I believe that light rail would be a disaster for the Coast.

There would be an incredible interruption for years along the route, which is already logjammed.

It would service a very small percentage of the population and be incredibly expensive.

It also would limit access to the beach in the Alex area.

Much better to have more buses, preferably smaller buses, with bus lanes that could service all the new developments that have been unwisely-built with narrow roads, limited access and limited parking.

This would enable a larger number of people to get to where they want to go and, hopefully, get a few cars off the road.

The Sunshine Coast’s State LNP MPs are deliberately attempting to undermine the case for a genuine public transport system for a growing Sunshine Coast by pushing the CAMCOS proposal.

The Federally-funded North Coast Connect business case, which included options for CAMCOS, was not supported as a priority for the Sunshine Coast by the Federal Government’s Infrastructure Australia as recently as March this year, but local LNP MPs pretend that never happened.

The Palaszczuk Labor Government will keep working with the Federal Government on the next steps for the CAMCOS corridor, but we need be clear that we’re talking about two different things here.

CAMCOS is primarily about travel between the Sunshine Coast and Brisbane.

The current community discussion being led by Council is focused on creating new public transport options for Sunshine Coast locals to move around the Coast, not for people from Brisbane travelling there.

Improvements to rail travel to the Sunshine Coast from Brisbane is already underway with the jointly-funded first stage of the $550 million Beerburrum to Nambour rail duplication project.

That’s a project the Palaszczuk Labor Government prioritised for Sunshine Coast commuters after it was ignored by the Newman LNP Government because, as the Mayor righty points out, the LNP never had a plan for public transport on the Sunshine Coast.

Now, when the community is being given a chance to lead the conversation on developing better local public transport, the LNP’s Sunshine Coast veteran MPs are reverting to type and trying to derail constructive discussion on these issues.

We can’t afford to lose another opportunity to make progress on developing better public transport options for Sunshine Coast locals because of the LNP’s lazy, short-term political agendas.

That’s why the Palaszczuk Government has partnered with Council and contributed $7.5 million to undertake the Mass Transit study that’s out for public consultation now.

People are continuing to move to the Coast whether the LNP like it or not, and the place will be condemned to traffic grid lock without new ideas and a strong commitment from political leaders to deliver them.

The Sunshine Coast needs a new public transport system to deal with population growth and the public should tell the Council what they’d like to see without interference from misleading political propaganda being pushed by their local LNP MPs.

Why have we become so rude?

The lack of manners and regard for others in our society is appalling.

It comes down to people having the notion that they can do whatever they want, whenever they want and they couldn’t care less who it affects.

People seem to be so wrapped up in their own importance that they don’t see the bigger picture.

I see it nearly everyday. Sales assistants who can’t even manage a grunt, let alone a few words. Reckless and selfish drivers who think they own the road. People who can’t even nod or acknowledge you as you walk past them in your local park in the mornings. People who push in to get served ahead of you, even though you were there first.

Then there’s the neighbour with the loud cars with extractors on them, who idles them for up to half an hour at times early in the morning. Another who uses a power tool for every little job at any time of the day, including early morning and evenings.

When approached about these behaviours they disregard you and brand you a whinger. Selfish, disrespectful people are in all areas of society, unfortunately