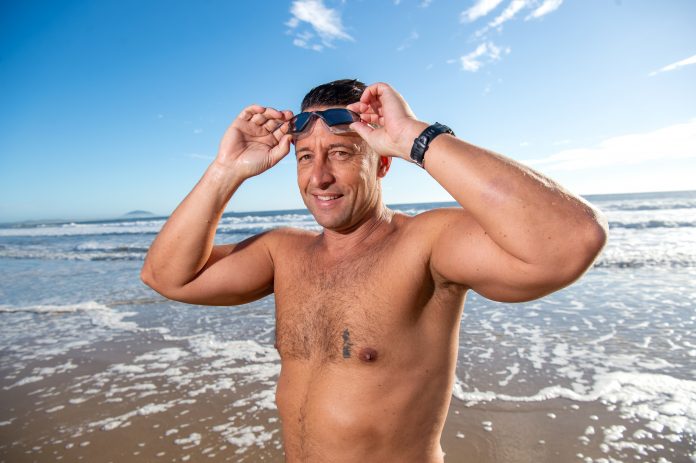 Droves of show-goers enjoyed rides, dagwood dogs and showbags as the Sunshine Coast Agricultural Show returned after a year's absence. About 29,000 people converged on More
More

Caloundra father-of-two Brendan Neil will double his efforts for the Island Charity Swim twice on Saturday, when money will be raised for Sunshine Coast special schools.

This year’s edition of the 11km event will include 54 participants, who will leave Mudjimba Beach at 7.30am, swim around Mudjimba Island, and return to land at Mooloolaba, with the first finishers arriving at about 9.30am.

It’s a test of endurance and a major fundraiser for the children at Nambour, Currimundi and Palmview Special schools.

Mr Neil will attempt to notch 22km. He’ll start his journey at Mooloolaba before the sun rises, swim to Mudjimba Beach, then around Mudjimba Island and back to Mooloolaba, against an outgoing tide. It could take him 10 hours depending on conditions.

“It’ll be a really long day and I’m really nervous about swimming in the dark and covering 22km,” he said in a release.

“I’m 50-years’-old now and I’ve never done anything this demanding in my life.

“The reality is that one day of discomfort, fear and a bit of suffering is nothing compared to the daily challenges these kids and their families face everyday.”

Mr Neil has some significant swimming experience under his belt though and has accomplished some amazing feats of stamina.

He’s taken part in the Island Charity Swim for 13 years and in 2018, he completed the  course 10 times in 10 days, with 111km of ocean swimming on the wrong side of the shark nets.

In 2019, when the swim was moved to Mooloolaba Bay due to rough conditions, Mr Neill covered the Sunshine Coast coast in a day, by running more than a marathon from Noosa to Mooloolaba (47km), completing the swim, and then running from Mooloolaba to Caloundra (25km) to notch 82km.

Last year’s edition of the charity swim wasn’t held due to the impact of COVID-19.

“So I figure I owe the schools an extra lap to make up for last year,” Mr Neil said.

“The schools have grown so much and this year the new Palmview Special School opened.

“With all the disruption to events since COVID-19 it’s had a real impact on fundraising for the Special Schools.

“As well as missing out on last year it looks like there are less entrants this year, so the schools will be missing out again”

He’s determined to keep supporting the special schools via the charity swim, which is run by Atlas Multisports.

“The event is really important to me because it does so much for the Special School kids and their families,” he said.

“Over the last 13 years I’ve got to know quite a few families and some of the daily struggles they endure.  As a father of two healthy boys I know just how fortunate we are.”

Participants buy a $25 ticket and nominate any way they want to complete 22km during May, whether it is swimming, jogging or even scaling Mt Coolum 22 times.

All donations go directly to the registered charity, The Island Charity Swim, and the Special Schools will use funds donated to invest in capital projects.

In the past this has included a hydrotherapy pool, wheelchair bus, sensory playgrounds and communication devices.

People can follow Mr Neil’s progress on social media and donate to the schools via the links below.