Ash’s new puppy needs training – and so does he

Ash’s new puppy needs training – and so does he

Ashley has adopted a new furry friend, but it's not the only one that needs training 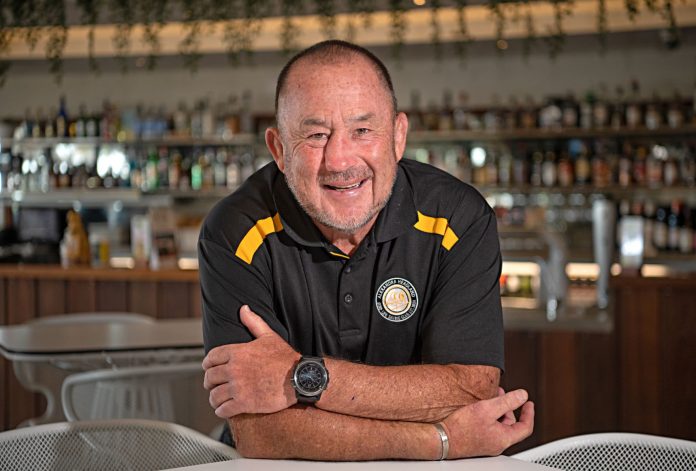 I recently wrote about the passing of my little, near 17-year-old dog Barklay, the toy poodle.

I know dogs and their owners look alike so I am in all sorts.

We decided to wait a while to adopt another dog, but here is the thing, the little bloke and I were inseparable and very routine inclined.

We’d get up in the morning and go for a walk and if I was home during the day we’d have sleep on the lounge together.

But the important time was before dinner, when we’d go for a walk and have a beer at the beach, or the canal. I drank the beer and he would eat liver treats and we would gaze at the water.

We would get home, he would have dinner and I would have another beer in the backyard while he ate. Are you seeing a pattern here?

Then by the time we made it inside, old mate would have her headphones on watching television and cooking dinner, so after the initial conversation when I got home from work or whatever there was little interaction.

After a week or so of no dog, I think she started to panic as she would watch me aimlessly wander around looking completely lost. But the biggest change was she had to talk to me more.

Perhaps unsurprisingly, there then came a concerted effort to find a dog online for adoption.

I could see her getting frantic as it was hard to find one that liked birds, kids and other dogs.

After a number of weeks we settled for a pup. Get this, a kelpie-cattle dog cross. Talk about a polar opposite to my little mate.

Currently, he is eating our garden bit by bit, waking up at 4.30am for breakfast and in training. Well, actually, we both are.

Old mate is probably having more success with training him than training me on how to train him, if you know what I mean.

We are about to bring in the experts to train me and George (named him after the dog we left behind when I was a kid on the farm).

And I am thoroughly looking forward to walking kilometres day and night as long as the night one has a beer after it.

If you get a chance, rescue a dog or make a donation to some of the wonderful organisations out there. They do great work and we are blessed to have them.