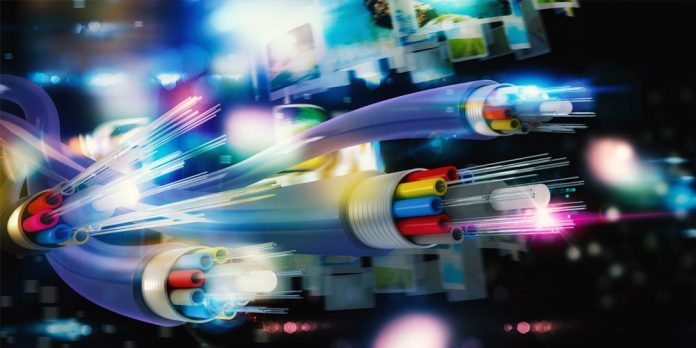 The days of slow internet are ready to be relegated to the past due to the 2020 completion of the Sunshine Coast’s hook-up to high-speed internet via a submarine cable. Businesses based on the Coast that rely on fast internet speeds can breathe a collective sigh of relief, knowing that if they want it –  it’s there in a heartbeat.

For many people, it couldn’t have happened at a better time. With the advent of COVID, there was little choice but to take the laptop home, learn about Zoom meetings and get production happening equal to pre-COVID working space results. It also opens up the possibility of a new set of professionals to live and work on the Sunshine Coast.

For more than two decades, talk about the knowledge economy has circulated around the Sunshine Coast. An economy whose very existence depends on high-speed internet. Potentially, it means an option of working remotely, while at the same time being able to check in with everyone, that in the past you could have only shared knowledge with by occupying the same physical location.

The knowledge economy includes industries such as science and medical research, media and visual effects. The term, ‘The Internet of Things’ (IoT)refers to the idea that everything – phones, sales, transport, education, weather forecasts, fire alarms –  is  in one way or another, reliant on data transference to share information.

However, the knowledge economy is driven by technological advances. And as technology is developing faster than ever before, the knowledge economy is becoming increasingly dynamic. Yet, we are only able to participate in these global advances if we have the broadband capacity to match it. Since 2020, with the installation of the high-speed submarine cable, the Coast has that sort of capacity. Sunshine Coast Council mayor Mark Jamieson has called the cable installation a ‘game changer’.

Peregian Digital Hub director Chris Boden agrees and praises the council for its visionary thinking, saying that in retrospect and in light of COVID,  the council has shown “foresight and ambition” in developing the Coast’s connectivity.

Mr Boden moved his family to Noosa from Silicon Valley, where he ran a mobile start-up that he had incubated and spun out of travel publisher Lonely Planet. He had previously led Lonely Planet’s digital transformation as the head of its mobile division and innovation lab. Most recently, he has been consulting on digital transformation and product development for emerging platforms.

Mr Boden sees the supply of high-speed broadband as strengthening a  major weakness in the Coast’s infrastructure – a lack of interesting, new employment opportunities.

“There’s a certain set of jobs that were never possible to do with poor connectivity,” he says.

He says, for example, broadband speed at the Peregian Digital Hub, enables one local individual to directly work with a Los Angeles company.

“We have a gentleman who comes here, who works for a visual effects company in LA  and in connecting over the internet he can work with colleagues and clients there.”

As of January 2021, there were 4.66 billion active internet users worldwide, that’s – 59.5 per cent of the global population. In Australia, statistics show the number of  people accessing their internet through their mobile phone totalled  17.19 million. In 2022, this figure is projected to amount to 19.27 million mobile phone internet users (source: statistica.com.au).

The world is now unimaginable without the internet. The internet revolution continues and for numerous industries, it’s a  case of be there or go home.

At least a decade ago, the Sunshine Coast  Council, decided to ‘be there’ and commenced initiatives to provide secure and fast internet access in our region. In the last few years, these initiatives have culminated in the acquisition and hook-up of a high speed international broadband submarine cable.

In the last months of 2019, you may have sighted a large vessel moored off Maroochydore beach, with the aid of excavators, winches, boats and divers, 550 kilometres of fibre-optic undersea branch cable was laid or buried underground,  with the purpose of connecting the Sunshine Coast to the Japan-Guam-Australia-South submarine cable, which stretches 7000 kilometres from Australia to Guam. Now completed, this cable provides the country’s fastest data and telecommunications transmission speeds to Asia, and the second fastest to the US. This cable terminates in an area in Maud Street, Maroochydore, known as the cable landing station. From here, according to requests from potential consumers, further cable can be supplied to their premises.

Sunshine Coast Mayor Mark Jamieson spoke of the future at the operation’s completion ceremony: “It’s not unlike opening a major new highway or a major new bridge, this is about connecting people, linking people, in this case, to other parts of the world.”

Mr Richard Turnbull is head of technology and innovation at Legion Telecom, a local operation that has grown from two to 12 staff as they connect the high-speed carrying cable from its Maroochydore landing location to our suburbs.

Construction of Legion’s network is also underway in Buderim, Alexandra Headland, Mooloolaba through to Caloundra, plus Chevallum, Palmwoods, Nambour and Peregian Beach.”

Legion Telecom director and COO Mark Paddenburg says the benefits of faster transmission will be felt in areas such as resort complexes or multi-dwelling buildings with a concentration of users, co-working spaces, commercial industries and solo traders working with big files.

In terms of resorts, Mr Paddenburg explains that connection to the high-speed submarine cable, will mean the end of ‘busy’ times. Those times, when just like a traffic jam, there are too many users on  the internet highway, and everything slows down to a frustrating crawl. Instead, he says users will take a smooth, free, fast ride on the digital super-highway.

In the case of a sole trader needing to transfer big files, he says it may pay to use the extra bandwidth available at a digital co-working space on a casual basis to complete the tasks.Mr Paddenburg explains the extraordinary time-savings. “Some files that traditionally would take seven to eight hours to transfer can now take 48 minutes.”

“Fibre is the essential backbone of all communications around the world today, Legion’s local fibre network has a capacity of up to 10  Gbps per second  and is  looking to increase up to 100 Gbps in the next 12 months.”

He says it’s evident that regardless of whether you’re in a big city or a small town – digital connectivity will rely more and more on high-quality fibre backbone – whether it’s IoT or 5G or other wireless/ mesh infrastructure, the plumbing that stitches it all together across the region and across the globe is fibre.

Last year, to extoll the benefits of the beach and broadband lifestyle, the Sunshine Coast Council launched its ‘Give your business a boost of Vitamin SC— Sunshine Coast!’ campaign. The online video and ebook promotion produced by local consultants MacNeil & Co marketing and design has met with enthusiasm from prospective interstate professionals.

In the big picture, it is this sort of connectivity that will give major data-intensive companies such as Facebook, Google, Amazon and Microsoft the opportunity to revisit the benefits of where they locate their Australian investments. 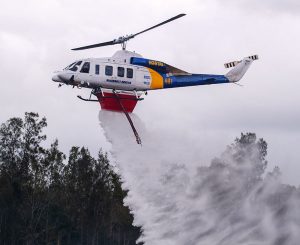 Space intelligence company Fireball International from Peregian, Helitak Firefighting Equipment from Noosaville and McDermott Aviation from Cooroy joined forces to show the world just how fast they can detect a fire and extinguish it.

Based at the Peregian Digital Hub, Fireball International, is run by a team of 16 scientists and professionals in the fields of astrophysics, biology, data science, fire ecology and mathematics. Its real-time satellite images, ground cameras, sensors and artificial intelligence can find bushfires within minutes.

The company has secured US contracts to monitor about 50 million hectares for wildfires and in the 2020 fire season, detected more than 850 fires.

A submarine cable uses fibre-optic technology to carry telecommunications signals and data across the world. When you use your mobile phone, your signal is carried to the local mobile/cell tower but from there it is carried via terrestrial and submarine (subsea) fibre-optic cables. In fact, 99 per cent of the world’s data criss-crosses the globe via submarine cables.