Jane Stephens: Aussies and Kiwis are facing off in a bitter battle over honey 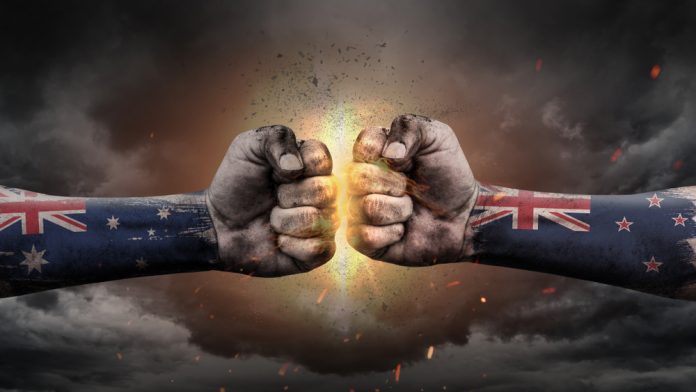 When a government asks you to raise your voice, you should take the opportunity to holler with all your might. It is one of the More
More
Opinion

The whole Coast needs to be connected Thank you for keeping us informed of happenings on the Sunshine Coast, it’s vital that we have an More
More

There is a ditch between us, but Australia and New Zealand are bonded and bound.

Trade, tourists, a language – kind of – as well as food standards, battlefields, medical colleges and most of our national flags – we share a lot.

We also fight like siblings. Last month, their PM burred up about us sending NZ citizens who commit crime back even if the crims were raised here.

We framed it as throwing a bad fish back, but they saw it more as if we were putting our smelly rubbish in our neighbour’s wheelie bin: not cool.

We have sores that never quite heal, such as anything to do with rugby union and the fact that so many stars of song and screen we claim were born there.

Kiwis also lead developed nations in COVID-19 case control and containment, casting a shadow over our own stellar numbers. It makes it, as New Zealanders would say, a luttle chully.

If we are really honest, Australia thinks of NZ as our povo cuzzie (poor cousin for those who like their English proper and to not sound like it has a flat tyre), so when yet another episode of cross-ditch crankiness bubbled over, this time over the name of a honey, we at first rolled our collective eyes.

But things are now serious, and if the New Zealanders are successful in court this year, beekeepers Down Under say they are at risk of going under, so lucrative is the manuka honey market.

Manuka honey – said to have super-duper health and cosmetic benefits – is made from the nectar of trees that are native to both Australia and New Zealand. The stoush centres on the word manuka, which Kiwis say is a Maori word (it needs a little accent over the “a”) and they aren’t sharing it with us.

Owning the right to use the word manuka is owning the licence to print money and intellectual property law circles are all abuzz about it.

This is not the first time sweet stuff has caused a bitter feud.

They have long claimed to have invented the pavlova, a dessert sweet enough to make the whole world’s teeth ache.

Anna Pavlova was a famous Russian ballerina so light on her feet she inspired creative chefs. In the mid-1920s she toured Australia and NZ, and both places lay claim to having chefs who created the fluffy meringue, cream and fruit concoctions Australia now considers its national dessert.

The lamington is similarly the subject of a trans-Tasman tug of war over who started it.

Australian lore is that the coconut-rolled, choc-dipped sponge was created for Lord Lamington on his installation as governor of the Queensland colony in 1896, but New Zealand claims the exact same thing already existed there and was known as a Wellington cake.

It’s all a sweet mess.

The thing is, surely they can have their honey with its accent and we can have ours without and we can agree they are the same but different.

A bit like Aussies and New Zealanders in general.

Grab your popcorn, people,  because I would like to talk about movies. I miss going to the cinema. It was something my girlfriends and More
More
Opinion

Blood, sweat and beers at event to remember – or not!

I had a hectic couple of weeks thanks to the Aussie Titles being held on the Sunshine Coast, shared between Maroochydore, Alex and Mooloolaba More
More