Hunt for dingo after boy, 2, attacked on Fraser Island

Hunt for dingo after boy, 2, attacked on Fraser Island

Rangers search for dingo after attack on boy, 2, at Orchid Beach on Fraser Island 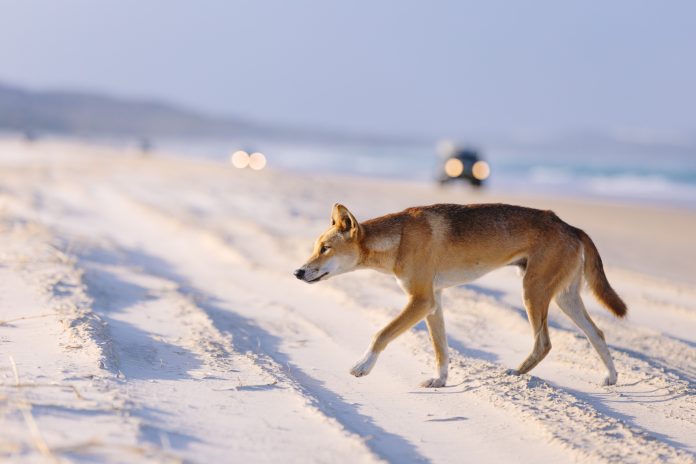 A toddler has been attacked by a dingo after going for ‘a little wander’ from a house at Orchid Beach on Fraser Island.

The two-year-old suffered bites to his head and neck, as well as his left arm and leg, and was flown to Bundaberg Hospital Saturday morning. He sustained some deep puncture wounds, but paramedics say the injuries were not life threatening and he was “extremely lucky he only encountered a lone dingo and not a pack”.

The encounter happened in a residential part of the island – not a camping area, where such incidents have been more common in the past.

Fraser Island’s duty paramedic said the boy had left the house while other members of his family were asleep and was unsupervised at the time. Nearby residents heard the commotion and came to his aid.

A LifeFlight rescue helicopter and paramedics were called to Orchid Beach about 7.30am Saturday.

Queensland Parks and Wildlife Service rangers said they were investigating the attack.

“Rangers were advised early this morning are now interviewing witnesses. They understand the dingo bit the child on the head and body in the early hours of this morning,” a QPWS spokesperson said.

“At this stage it is not known if the dingo has presented with problem behaviour in the past.

“Any decisions about the management of the dingo will be made once a positive identification is confirmed and in collaboration with key stakeholders, including Butchulla traditional owners.”

People are reminded to be dingo safe and not to feed or interact with the animals as this may contribute to their habituation and may have consequences.

Dingoes that lose their natural wariness of people and become habituated may become aggressive while seeking food.

Visitors to Fraser Island are reminded to be dingo safe at all times: