'Not possible' to set timeframe for nation-wide vaccinations 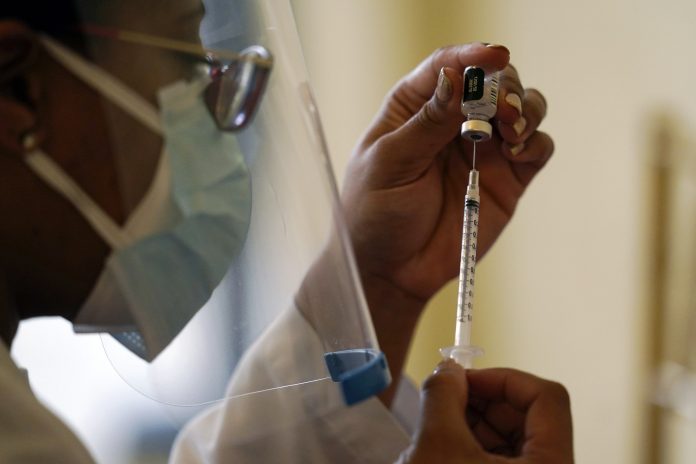 There is a ditch between us, but Australia and New Zealand are bonded and bound. Trade, tourists, a language – kind of – as well More
More
News

Australians may not receive their first COVID-19 jab by the end of October as initially planned, with the federal government advising those under 50 More
More

Australia has abandoned meeting a fixed timeline for its COVID-19 vaccination rollout.

An initial target of October has proven unachievable due partly to dosage import delays and health concerns, with an end-of-2021 timeframe also off the table, Scott Morrison said on Sunday.

“The government has … not set, nor has any plans to set any new targets for completing first doses,” the prime minister said in a social media post.

“While we would like to see these doses completed before the end of the year, it is not possible to set such targets given the many uncertainties involved.”

Earlier in the day, senior minister Dan Tehan told Sky News’ Sunday Agenda program the government’s aim was to have all Australians injected with at least one dose of the vaccine by the end of the year.

But that deadline was later retracted.

“We will just get on with the job of working together to produce, distribute and administer the vaccines as safely and efficiently as possible,” Mr Morrison said.

The rollout was thrown into disarray last week after health authorities recommended AstraZeneca vaccines should only be given to Australians aged over 50, following concerns about blood clotting.

Health Minister Greg Minister insists GPs have not been put off participating in the rollout of the COVID-19 vaccine program because of the AstraZenaca advice.

And for any doctors who may be concerned about being sued if it was administered to a younger person, he says vaccine indemnity agreements are already in place.

Mr Hunt said GPs have “flocked” to participate in the vaccine program in the coming week.

But there are also reports that doctors are concerned that if they give an AstraZeneca jab to a younger person they may face a legal challenge if there are resulting problems.

Mr Hunt said while Pfizer is preferred for those under 50, AstraZeneca is available, subject to the medical discussion between a doctor and their patient.

“On indemnity, I want to make something very, very clear,” he told reporters in Melbourne.

“Australia already has vaccine indemnity agreements in place. I am saying this on behalf of the government but also on behalf of our legal advice, no doctor need worry.”

Australian Medical Association president Omar Khorshild said it is critical for Australia’s future that public confidence in the vaccine program is maintained.

“Your GP will give you the best advice about any medicine or vaccine,” he said.

“They will offer you what they believe to be of medical benefit to you and explain any risks and benefits of having, or not having, the treatment.”

Labor’s health spokesman Mark Butler said the government should have secured more vaccine deals to ensure there was a backup plan when something like the AstraZeneca situation arose.

“Australia was already way behind schedule in the vaccine rollout, not in the top-100 nations in the world, and a bad situation has been made far worse by these unforeseen events around the AstraZeneca vaccine.”

But Mr Hunt said the government had followed the advice of health experts.

“There is no existing advice they have which has not been followed,” he said.

Mr Tehan will embark on a “vaccine diplomacy” trip to Europe from Wednesday.

He will speak with the European Union and his ministerial counterparts in France, Germany and Brussels.

“I will also be meeting the director general of the World Trade Organisation to talk about what we can do to ensure supply of the vaccine, not only for Australia, but globally,” Mr Tehan said.

The latest count of vaccinations administered numbered 1.16 million on Sunday, with more than 465,000 given by GPs, the government said.

Mr Morrison said those figures put Australia’s progressive rollout on par with Germany and ahead of other countries including Canada, Sweden, France and Japan at the same stage.
There were no new COVID-19 community transmission cases reported on Sunday.

Queensland Premier Annastacia Palaszczuk said there was one case believed to be a historic link to the recent Byron Bay cluster and already under investigation, adding it was not a risk to the community.

‘They fought to end evil and topple tyranny’