Australians under 50s advised not to get the AstraZeneca vaccine, putting the rollout timeline in doubt 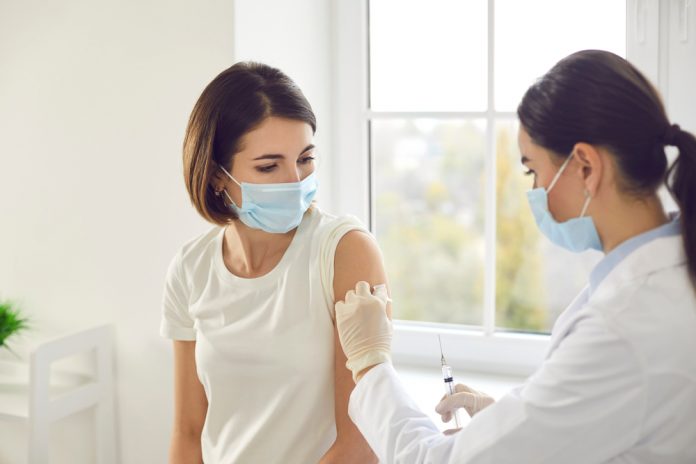 Australians may not receive their first COVID-19 jab by the end of October as initially planned, with the federal government advising those under 50 not to get the AstraZeneca vaccine.

European authorities have identified a link between the AstraZeneca vaccine and rare blood clots, prompting Australia’s drug regulators to hold urgent meetings to consider their findings.

Prime Minister Scott Morrison received recommendations from the Australian Technical Advisory Group on Immunisation (ATAGI) on Thursday night, and moved to switch to Pfizer as the vaccine of choice for people under 50.

The recommendations were made out of an “abundance of caution”, he said, with the rare yet serious side effects more commonly found in younger people.

ATAGI also recommended those under the age of 50 who have received their first AstraZeneca jab proceed with their second, as the medical advice indicates the rare blood clots only develop after the first dose.

Only where the benefit clearly outweighs the risk should an initial AstraZeneca dose be administered to someone under the age of 50.

“Ultimately here, the choice is with individual Australians and their doctor,” Mr Morrison said.

Health care workers aged under 50 who were due to receive the AstraZeneca vaccine will now be prioritised for the Pfizer vaccine, which will likely delay phase 1b of the rollout.

ATAGI’s advice essentially relegates most of the government’s vaccine rollout timetable to the waste bin.

The federal government had planned for every Australian to be offered at least their first dose of the vaccine by the end of October, with most receiving the AstraZeneca jab.

But the prime minister now concedes that timeline is in doubt.

“We expect that this will require some changes to the arrangements we have as part of the vaccination rollout,” Mr Morrison said.

“This includes when we might expect first doses ultimately to be able to be offered to all Australians.”

The use of the Pfizer vaccine will be ramped up to accommodate for the change, with some 20 million doses due in Australia by the end of the year.

The government also hopes deliveries of the 51 million doses of the Novovax jab Australia ordered will begin from October, despite the vaccine remaining in the clinical trial phase.