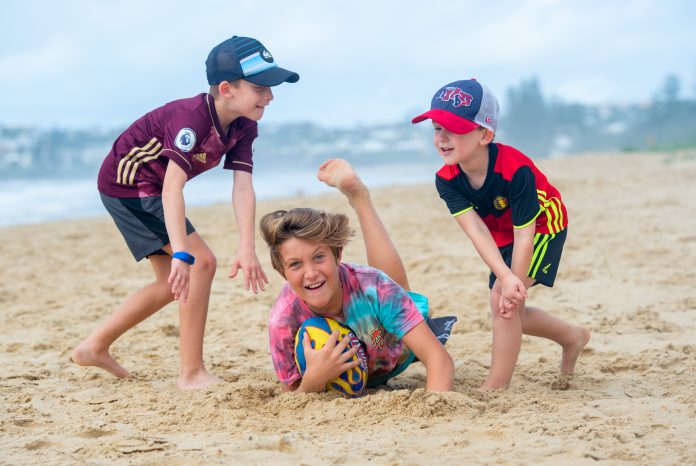 There’s a bright ray of sunshine for the Easter holidays, with perfect beach weather expected this weekend.

The region should boast clear skies, only a light breeze and temperatures up to 30 degrees Celsius, for the middle of the school break.

That’s welcome relief to locals and holidaymakers after experiencing days of rain, wind and gloomy conditions, associated with a coastal trough.

“A lot of the heavy rainfall we had has contracted south,” Bureau of Meteorology forecaster Matt Marshall said.

“It (the sky) should be clearing on Thursday and then perfect sunny days on Friday and Saturday.”

Visitors are expected to flock to the region’s tourist hotspots, while parents will be glad to have the kids out of the house.

“It will be really good beach conditions,” Mr Marshall said.

“It’s something to look forward to.”

There was a hazardous surf warning during the week, but winds will ease during the next few days.

And the daily maximum temperature should rise from 24 degrees during the week to 30C on Saturday.

Help keep independent and fair Sunshine Coast news coming by subscribing to our free daily news feed. All it requires is your name and email. See SUBSCRIBE at the top of this article .

“It has been cool this week because of the cloud cover and the strong winds, and the cool air has been blowing up over the Coast. But once this trough completely moves away those southerly winds are going to weaken, and we’ll see things warming up,” Mr Marshall said.

He said it should be a “picturesque” weekend, before some showers return early next week.

“But it doesn’t look like that will be hugely significant,” he added.

The region has been battered by rain and wind since the school holidays started, with rainfall of more than 140mm and winds gusting to more than 60km/h at Sunshine Coast Airport.

The airport has already recorded close to its mean rainfall for April (149mm).