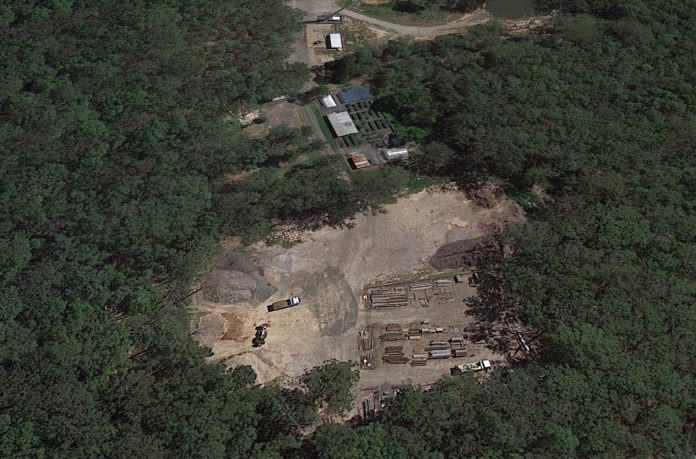 A State Government investigation has determined workers from Noosa Council, which prides itself on being an environmental leader, stockpiled, burnt and buried toxic material “without the necessary approvals”.

The investigation was conducted by the Department of Environment and Science (DES) with a penalty yet to be determined for the breach.

The matter was revealed by sunshinecoastnews.com.au on December 11 last year.

It was sparked by a complaint that council workers had gathered redundant CCA-treated timber, commonly used in fences, bollards and park equipment, and incinerated it at its depot off Yurol Forest Drive at Pomona. Workers allegedly then buried the contaminated ash on the property.

Copper chrome arsenate (CCA) treated timber is wood that has been treated with a preservative containing copper, chromium and the poison arsenic. The CSIRO outlines that it is safe unless ingested or burnt. It advises caution and breathing apparatus for those near fires that contain the treated timber because of the toxic gas it emits.

DES said it found that Noosa Council had constructed a burn pit at its Pomona depot and incinerated construction timber without the necessary approvals.

This followed scientific testing of material taken from the site and a review by independent experts.

“The department has reviewed the Noosa Council report investigating the source, cause and extent of the impact and is satisfied with the investigation conducted by Council to date,’’ a spokesman said.

The State’s investigation is ongoing and DES is yet to decide on a penalty. The maximum fine for carrying out an environmentally-relevant activity without a permit is $600,525 for an individual and $3,002,625 for a corporation, but there is provision for warnings and other enforcement orders.

Mr O’Connor said Council had taken a proactive approach and remediated the site while the investigation continued.

“We are confident that any harm to the environment has been contained as the soil has been removed and disposed of professionally and site testing carried out,’’ he said.

“We enlisted expert advice on remediating the site and the removal of potentially contaminated material.

“Our staff worked with the Department of Environment and Science staff to assist them in their investigation into the burn-off at the Pomona depot in December.”

Mr O’Connor said Council had reported back to the state on all action taken.

He said staff had been retrained in fire procedures as part of Council’s proactive response.

CCA DANGERS:
Health authorities say the main concern with CCA-treated timber is that it contains arsenic, which can be extremely dangerous when ingested or inhaled (when CCA-treated timber is burnt). Over time, small amounts of chemicals may also leach from the product. Government guidelines show CCA-treated timber should not be used to build children’s play equipment, patios, domestic decking, handrails, new garden furniture, exterior seating or picnic tables.