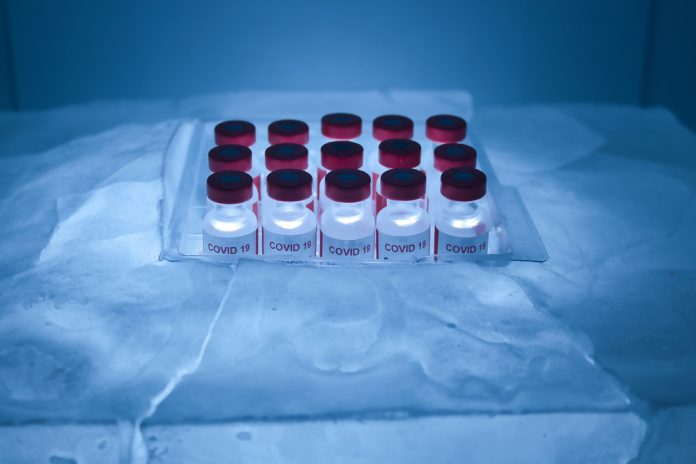 The European Union has denied blocking shipments of 3.1 million doses of AstraZeneca’s COVID-19 vaccine from going to Australia.

He said four million Australians were meant to be vaccinated by the end of March but only about 855,000 had received the jab by Monday.

The target was missed because of supply issues resulting from three million doses being blocked from leaving Europe for Australia, Mr Morrison said.

“Pure and simple,” he told reporters.

Nationals deputy leader David Littleproud said Australia had been “badly let down” by the EU.

“The arithmetic is simple on this. We are three million short because of the EU, who cut us short,” he said.

But a European Commission spokesperson said the only export request rejected out of nearly 500 received has been so far a shipment of 250,000 doses to Australia in March, which is well known.

“We cannot confirm any new decision to block vaccine exports to Australia or to any other country,” the spokesperson told a news conference in Europe on Tuesday.

Mr Morrison previously said any hold up of vaccine imports would not impact Australia’s plan and is standing by his government’s rollout strategy.

He said more locally-made doses of the AstraZeneca would be available over coming weeks, noting the testing requirements needed for each batch.

“I don’t intend to rush the process and put people’s health at risk,” he said.

The prime minister rejected Labor’s calls for mass vaccination sites, saying general practices are currently the best option for the early stages of the rollout which focuses on vulnerable people.

He also does not want to bring pharmacies into the rollout sooner than planned.

He wants pharmacists involved in the rollout sooner after news they had been delayed by a month and would not start administering coronavirus jabs until June.

Meanwhile, Australians will be able to travel to New Zealand without needing to quarantine from April 19.

Kiwis have been able to travel to most Australian states quarantine-free for about six months.

Mr Morrison has hailed the travel bubble as an important step for the nations’ road out of the coronavirus pandemic.

She said they may be subjected to prolonged stays across the Tasman or be required to quarantine on return in the event of outbreaks.

“People will need to plan for the possibility of having travel disrupted if there is an outbreak,” Ms Ardern said.

Travellers will not be required to produce a negative test before travel but that may change in the case of outbreaks.