Your say: quest for better manners, dog owners and could trams fix our transport woes? 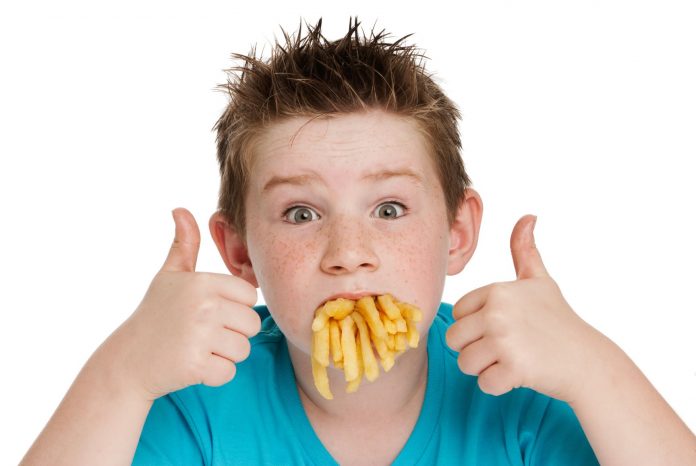 The book of consideration and manners

Jane Stephens is correct in her statement concerning the lack of politeness in our society.

I have observed over the years that the “I’m next” syndrome governs the actions of many motorists and people in shops, streets etc., plus the apathy and downright rudeness of some staff.

I attribute this to a decline in the practice of Christianity in daily life resulting in selfish, thoughtless behaviour.

As a child, attending a Christian Brothers’ College for my last seven years of education, we  learnt from a small book entitled “Christian Politeness” and consideration of others, social and table manners and respect for ladies and girls were part of our curriculum.

Now, kids sit at tables, elbows up, munching on their “Maccas” or pizza, no tablecloths, wolfing their food in order to get back to their portable idols, their iPhones. One can get run down in the aisles of a supermarket by a charging kid whose parents are oblivious to their behaviour.

Good luck with your campaign for better manners.

I agree with Jane Stephens’ view on the lack of manners nowadays.

I especially applaud her for bringing up the sad plight of the bus drivers who daily have to face the absolute rudeness of some of the passengers.

It’s not just not saying thank you as they disembark as Ms Stephens mentions. I’ve seen some kick in the doors as the bus waits at lights when told that they can’t board there.

And the abuse they get when someone tries to board without paying is horrendous.  Most drivers don’t even bother to argue but just flap their hands to get them to sit down.

Dog owners need to have more respect for others

It seems you can’t go anywhere without having dogs running around.

This is especially the case at beaches. Signage appears to be just there just for show with many dog owners showing they have no respect for any of the directions.

Some nice people even pick up after their dogs, to throw the bag in the bush. How lovely is that?

We must reduce number of cars on our roads

The transport system developed for Sunshine Coast Region will be the single most important factor in determining the character of the community of the Sunshine Coast and hinterland over the next 30 to 50 years.

If we continue with business as usual: more cars, more roads and more congestion, the delightful mix of town and country which makes the Coast so attractive to its residents and visitors will soon disappear in a cloud of pollution and a desert of bitumen and cement.

While private electric vehicles might reduce the smog, they would not change the congestion problem. The Sunshine Coast must develop a comprehensive public transport plan that reduces the number of vehicle movements across the whole 50km by 20km region (1,000km2), not just servicing a narrow strip along the Coast or connecting the CBD to Brisbane.

At present, only a small number of residents commute to Brisbane. Duplicate and re-align the existing rail link by all means, but don’t waste $20-30 billion on a dedicated 250km/h rail connection to Brisbane and the Gold Coast. 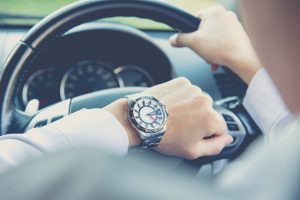 The climate, beaches, mountains, forests, farms and special characteristics of the existing villages make the Coast unique. But State and Federal government authorities seem determined to add another 200,000 residents in the next 30 years, and probably more than double that in the following 20. Can you imagine this place with a million residents, 250,000 of whom crowd on to fast commuter trains or highways every day?

By then it will be too late to save this unique and potentially self-sustaining community.

The City of The Gold Coast is squeezed into a concentrated strip, 30km by 14km, (420km2) between the beaches and the Lamington Plateau, with wetlands to the north and south. ‘Infill’, the practice of developing every last hectare of accessible land as residential, commercial, or industrial, has largely been completed. ‘Open space’ consists of a series of scattered parklands and golf courses. Unlike the Sunshine Coast, there aren’t many remnants of wildlife reserves.

Is it possible to maintain a ‘town and country’ balance while accepting the inevitable population growth? Yes, but it won’t be easy.

Pressure is being applied to buy up farmland where sugar cane, pineapples, and strawberries have struggled to survive. They are sold to developers who enthusiastically turn good quality farm and natural bushland into unsustainable urban wastelands with flooding problems.

Many towns have their own special character, like Maleny, Montville and Eumundi. These must be preserved and further enhanced, not swamped by soulless conventional suburban developments. 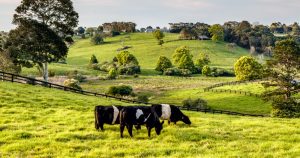 The way to achieve these goals is to build an inter-town ‘trackless tram’ network throughout the Coast – two or three carriage, 300-passenger, battery-powered trams that travel on a dedicated bitumen pathway located in the middle of an existing road.

The absence of tracks or continuous power supply reduces the cost per kilometre by 80-90%, meaning we could build 200km of tram routes for the same cost as the 23km of light rail on the Gold Coast, with far less disruption.

Since a regular tram service will carry far more passengers per minute than a conventional road lane, there would be a net gain of about 70% greater capacity on the road, the equivalent of adding another two lanes. The trams would boost their batteries at each station, during a 1-2 minute stop (depending on patronage).

Trams and light rail travelling along dedicated routes, unlike buses, create real estate value that can be used to help pay for the service.