Your say: beach hoons, water woes and Loo with a latte

Your say: beach hoons, water woes and Loo with a latte

Your say: beach hoons, water concerns and how about a Loo with a latte? 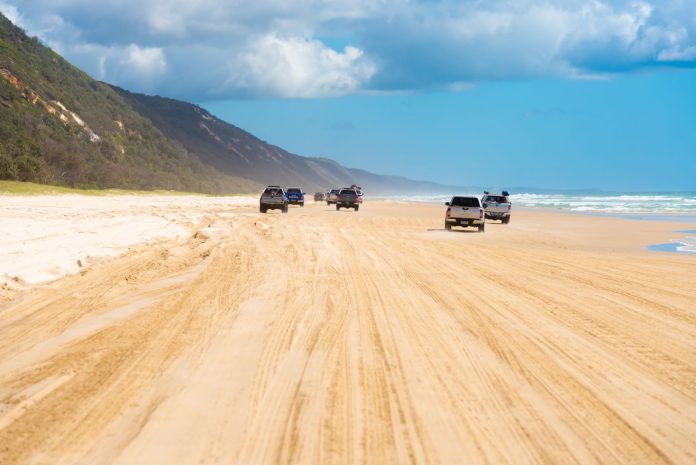 Not just P platers tearing up the beach

I am against banning of P platers – as raised in Jane Stephens’ column in Sunshine Coast News – because it’s not just them who muck about and make the beaches “unsafe”.

I think there needs to be a law introduced that anyone who drives recklessly on the beach gets banned for three months and if they are caught again, they get banned for life.

I have seen too many near misses and heard of too many people who have put many at risk of injury or death.

There is no excuse. If you act like this on the road you get punished and the beach is just like the road.

I also believe there needs to be a greater police presence, either by drones, patrols along the beach, or undercover police vehicles patrolling the likes of Inskip, Bribie Island and Fraser. They could also do random alcohol and drug testing.

As a father, I want my kids to be able to continue camping and doing what they did as children, before the beaches get closed down.

Just a thought for people who want “P” platers banned, I believe that if you have never been off-road before there should be a mandatory rule that you do a short course, perhaps through the rangers, to learn how to safely drive on the beach.

We need a line in the sand

There are a bunch green activists who would like to see ALL vehicles banned from the beach.

If we go along with the concept of banning P platers then this will simply be the thin end of the wedge.

Next will come the call to ban all wheel drives (as opposed to 4WDs) and then to limit the number of vehicles on the beach.

Let’s remember that these beaches are gazetted roads, if there are people (P platers or others) breaking the rules, there should be police there to enforce them.

I have travelled these beaches since I was a P plater (l am now 52) and see much less law enforcement on them than in years gone by.

I heard that our dams are running low and that water restrictions may have to be introduced later in the year.

In case you were wondering, this is not due to climate change causing the rains to fail. Caloundra last year had 1,604mm, a bit above the long term average (1891-2010) of 1,574mm. The story is similar across the region.

So, the rain is continuing to fall but the problem is that not enough is being collected to satisfy our expanding population.

Not a single new dam has been constructed in South East Queensland since 2011. That was when the Wyaralong dam was constructed, increasing our storage capacity by a mere 6.4%. 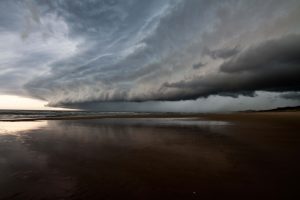 Meanwhile, the population of the area has increased by over 20% and is continuing to increase by about 2% per year. No wonder we are running out of water.

The only new dam on the books is the Emu Swamp Dam, which is tiny, adding only 0.03% to our capacity.

When is our State Government going to recognise that our expanding population needs more water urgently? That means expensive desalination, unpalatable sewage recycling, or more dams. Which would you choose?

How about the Loo with a latte?

Well, I wouldn’t like to see the Loo with a View go as its position is central to all beach facilities.

Possibly the council could add a cafe, supplying coffee and cold drinks and possibly add a small area for a tourist information centre, which we lost when the new car park was built. Funds made would finance the upgrading of the toilets and showers.