Flashback: the 'speedsters' who sparked fear along Maroochydore Road in 1928 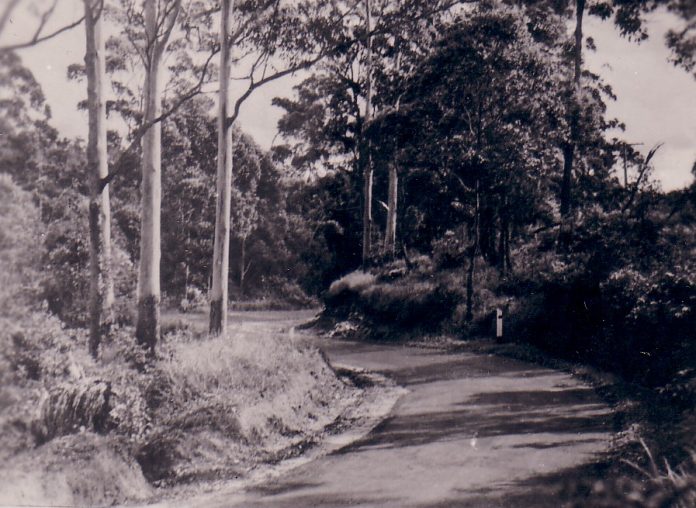 The road connecting Maroochydore to the Bruce Highway has undergone dramatic change in the past 20 years, but long before that, speedsters doing 52 miles per hour (84km/h) were wreaking havoc.

Always a vital connection between the commercial hinterland and a coastal holiday, the Nambour-Maroochydore Rd has undergone huge transformation in recent decades.

It is now a smooth trip, mostly above flood level, along a wide sealed multi-lane road to the Bruce Highway.

The forests that once lined the route have gone and it no longer winds its way past productive farms.

Before the big roundabout intersection with the four-lane Bruce Highway and what became the Nambour Connection Rd when the highway bypassed Nambour in 1990, it was just the “Maroochydore turnoff” where the two-lane highway swung south towards Forest Glen.

Not far along this little two-lane road was the entrance to the Nambour Drive-In Theatre which opened around 1968. On 16 acres, it could cater for 350 cars and on Saturday nights during the 1970s, it was often hard to find a spot.

The Maroochydore Drive-In Theatre opened in Maud St about four years later (it finally closed in 1986) but until then, the Maroochydore turnoff was a central spot for teenagers from both country and coast.

Maroochydore Road then wandered down through Eudlo Flats where the bridge invariably went under and cut off the connection during the wet season; and on through a small section of remnant rainforest, fondly known by many locals as Goldilocks Woods because of the pretty and evocative picture it created

In the late 1960s, more industry was being attracted to Maroochy Shire in response to a growing demand for housing and construction and as first Maroochy Shire Town Plan wasn’t gazetted until 1973, there was no town plan to define land use for the noisy and often dusty industries.

The cow paddocks west of Maroochydore, just beside the road connecting Maroochydore with the Bruce Highway and isolated from residential areas, was selected for heavy industry.

By the mid-1980s, the few houses that had been on the southern side of the road were gone and have long since been replaced with more industry. Expansion also continued west.

The route then swung north through the emerging suburb of Kuluin, while Jones Road to Buderim turned off on the right.

Now called Main Road, it passed the Fisherman’s Rd turnoff, and around a bend known as Scot’s Corner, on down to the Commercial Road intersection where the smell of baking bread from the Tip Top bakery filled the air.

From there it was on past high school and into Maroochydore.

But the most entertaining report comes from The Nambour Chronicle of April 28, 1928, which reported Maroochy Shire Chairman J.T. Lowe’s concerns about speeding on Maroochydore Road, raised at the council meeting:

“Brought under the notice of the council by the chairman was the practice of motor speeding which was commonly indulged in on the Maroochydore road. Accidents had occurred during the Easter holidays caused through nothing else but excessive speed. There seemed to be a natural inclination for the motorists to try the car’s ‘pep’ on the good road and the temptation in some instances led to disaster.

“However, it was wise that efforts be made to put a stop to it, as it was getting that way that some motorists were afraid to travel to Maroochydore. He had heard of some road fiends who had boasted they could ‘hit up’ 52 miles per hour on the good road. People who talked like that and tried out such a pace were absolute lunatics.

“For the safety of the other section of motorist and for the protection of the road surface, action would have to be taken.

“A resolution was approved to notify the Main Roads Commission of the offences which were constantly occurring and the number of accidents that had been reported by speeding. There was also another factor which should be taken into consideration in the giving away of the road. Some vehicles wanted all the road. In this, the buses and service cars were the worst offenders.”

By January 1994, reports were of motorists taking advantage of the new 110km/h
trial speed limit on the Bruce Highway between Brisbane and the Sunshine Coast, with some speedsters caught doing 140km/h to 160km/h.