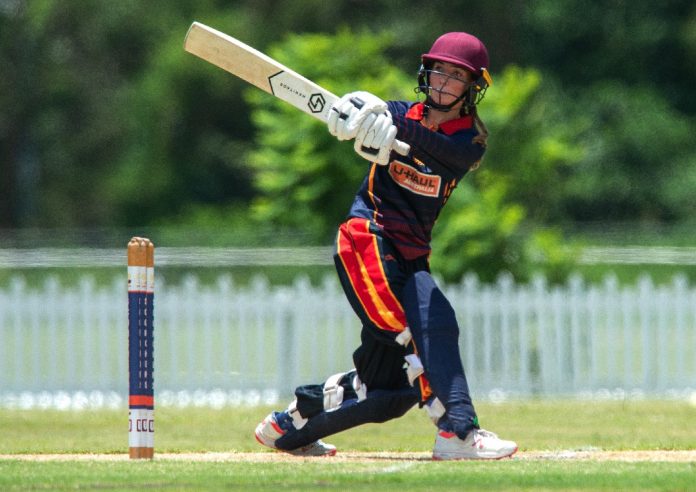 Sunshine Coast captain Clodagh Ryall is optimistic they can go all the way in their maiden season in the state competition.

The Scorchers women have already surprised many by earning a top four finals berth and now they’re eager to press on and win the Queensland Premier Grade title.

“It would be nice, and it is possible,” Ryall said.

“We’re not letting singles through while we’re in the field.”

The Scorchers entered the league this year after showing their potential with titles in the state’s second grade.

Ryall said they didn’t really know what to expect when they started their campaign.

But then the results came.

“It’s been pretty good in our first season,” she said.

“We just started winning games and got on a bit of a roll.

“It shows us that we’ve got girls who could potentially play for (Queensland) Fire in the long run.

“We’re really meeting their standards when we verse teams which have Fire players.”

The Sunshine Coast finished the 14-game regular season, which consisted of one-day games, in third place on an eight-team ladder.

They scored the third fewest runs (143 per game) but also conceded the fewest (127 per game).

“The opening bowlers and first and second changes have been hitting their line and length and getting a couple of wickets each.”

Charlotte Briggs (26 wickets at an average of 20) and Ruby Orchard (24 wickets at 10) have made their presence felt with the ball this season, amid the competition’s top five wicket takers.

But she said the Scorchers can improve.

“We haven’t been batting the whole way through,” she said.

“We put a lot of pressure on our lower end of the order.

“With the runs we’ve been chasing, we could have batted just the top four and made it a  lot easier than what we have.”

The Scorchers are coming off the back of a two-wicket win over Wests at Graceville last weekend.

They will take on the same team at the same venue this weekend, after Wests finished the regular season in second place.

“We want to come back bigger and better against them,” she said.

“They know us and we know them so if we can get our batting on a toll this weekend, then they’re going to be behind us.

Minor premiers Gold Coast will host fourth-placed Ipswich in the other semi-final.