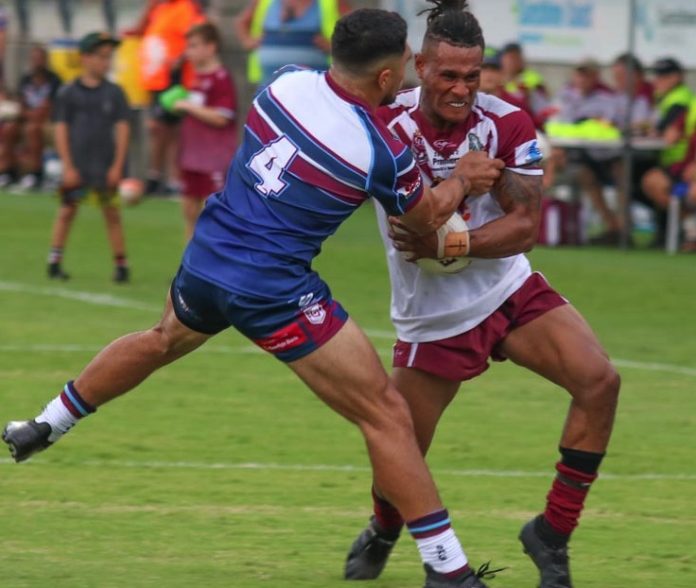 A deep roster, with an imposing spine, has Kawana coach Andrew Hinson buoyant ahead of the Sunshine Coast rugby league season.

The nine-team A-grade competition is due to start on March 13, after a 9s carnival at Sunshine Coast Stadium this weekend.

Hinson expects the Dolphins to be genuine contenders again this season.

“I’m really happy with the playing roster we’ve got. Our numbers are extremely good.

“We’ll have to put a team in Division 2 B as well now because of it (the amount of extra players) and our under-18s are still quite strong despite a number of Kawana players (busy) with the rep team this year.

“We’re looking really strong across the board.”

While the Dolphins have plenty of depth, they also have some match winners in key positions.

“I’m really excited to see how they gel.”

The Dolphins have recruited former Sunshine Coast Falcons player Sam Wright, who is set to play at fullback.

Dolphins regular Devlin Long and ex-Norths under-20s player Jack Just are set to play in the halves, which would be further bolstered if the team receives the services of Falcons squad member Jack Wright.

He would likely play for Kawana when he’s not in the Falcons line-up on game days.

The Dolphins also have Travis Long at hooker and they could benefit in that position from Stevie-Ray Halenga-Albert, when he isn’t needed by the Falcons.

“We’ve got depth in those positions, and we could get Falcons boys,” Hinson said.

The Dolphins are craving game time, after the season was cancelled last year due to the impact of COVID-19.

They started training in October and ramped it up in December.

“I think every club has recruited really well,” Hinson said.

“Teams have got players coming back after a year off and I think there’s a buzz around local rugby league.”

Players from several clubs will compete in a 9s carnival at Sunshine Coast Stadium on Saturday.

“That’s going to be good and a bit of fun for the boys to have a run around as a final hit-out before we make selections for Round 1.”

It’s believed to be the first time in more than decade there will be a pre-season tournament on the local footy scene.

“I think it’s a good idea. I like it and the boys are keen to get out there and play,” Hinson said.

Kawana has been a force during the past decade, missing the finals just once in 10 years (2018).

They were preliminary finalists in 2019.

Hinson said they benefited from a strong youth base.

“The club’s strength is the juniors, and we try and develop them and bring them through,” he said.

“Some of them go and have a crack at Falcons and if they make it then great, but if they don’t then we want them to come back to us,” he said.