Sami Muirhead: as kids, it was all about the jelly cake

Sami Muirhead: as kids, it was all about the jelly cake

Sami Muirhead: as kids, it was all about the Women's Weekly birthday cakes 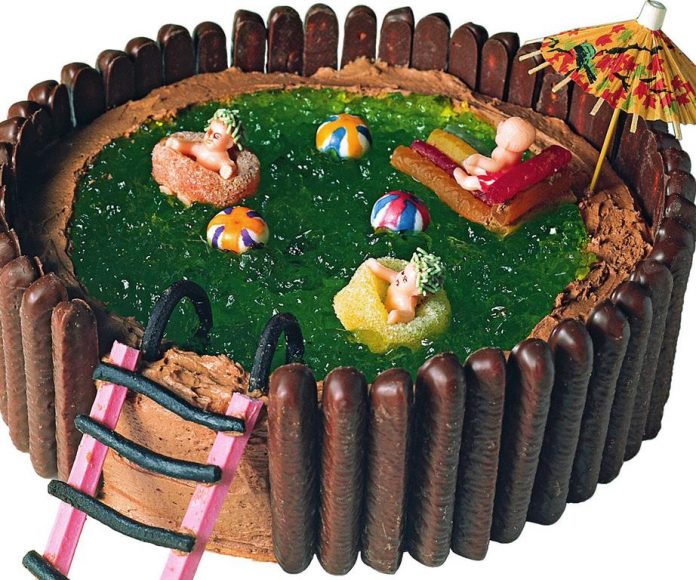 It was always a highlight of my childhood birthday celebrations (and a headache for my mum): the jelly pool, the Dolly Varden skirt cake, the clock tower with a mouse running down it.

Yes, I am referring to the famous creations from The Women’s Weekly Children’s Birthday Cake Book.

The book and all its cake recipes became a staple of life growing up in the ’80s and ’90s. The cakes are nostalgic for more than one generation of Aussie kids.

This year the cookbook turns 41 and a new list has been released of the most ridiculous (yet still iconic) cakes. May I present the top five.

Topping the list is the swimming pool cake (pictured above). All you had to do to make the creation look festive was whack in some cocktail umbrellas and fill the sponge with some radioactive-looking blue jelly. Throw in some ladders made of pink musk sticks and tiny dolls and you had a masterpiece. 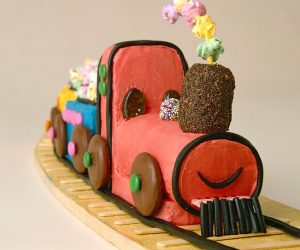 Number two on the list is the choo-choo train. This locomotive was a logistical nightmare and you basically needed an engineering degree to construct the carriages and tracks. Do not get me started on the rainbow popcorn on a string that is meant to represent steam.

Third is the Dolly Varden cake. I had this one more than once growing up and I suspect because it simply involved buying a doll and sticking her inside a cake covered in marshmallows. It looks a littler stripper club to me but, hey, who am I to judge? 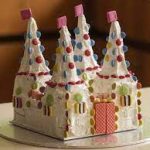 Number four is the candy castle cake. I take my hat off to the genius who thought of using upturned ice cream cones for castle spires. So many lollies. So much icing. Completely ridiculous? Yes. But also completely fabulous to a child.

And rounding out the most ridiculous top five cakes is the Humpty Dumpty cake. In these COVID times I do not think a used loo paper roll as Humpty would meet health and safety standards. The other problem was Humpty would slide off the wall in the hot Queensland sun before your party ended. 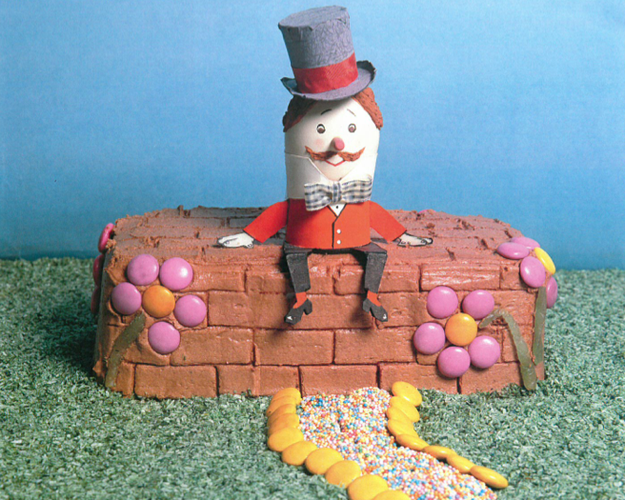 I’m offended the piano, racing car track and clock tower did not make the list. The genius of using an entire prune to resemble a mouse running down the clock is next level. Take note kids of today with your fancy macaroons and red velvet cupcakes.