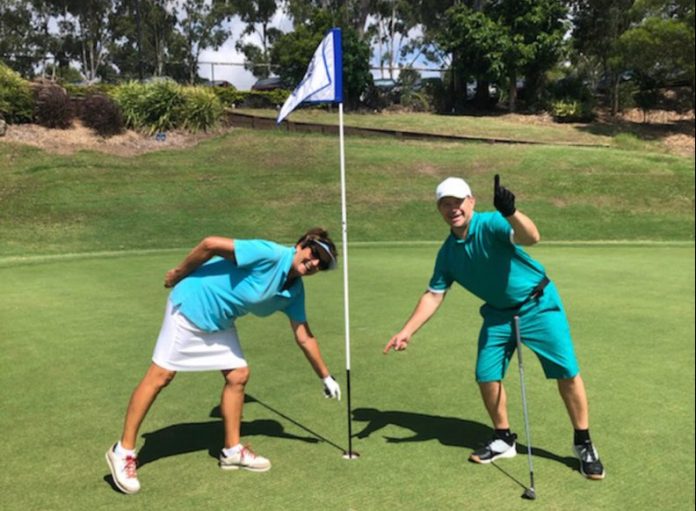 All bar one apartment within the Market Lane residential project at the new Maroochydore CBD are sold, and one purchaser has the chance to More
More

Property consultant Jamie Hill appears to have a mortgage on the 18th hole at Headland, acing it in a charity event for the third straight year.

The 44-year-old sells properties in Buderim but seems to have made the suburb’s 80m hole his own.

He shot a hole-in-one there for Helen Fraser in the Cindy McKenzie Pink Charity Day in 2019, and remarkably did it for her again in 2020.

Jamie sunk another one, for Yvonne Richter, in the Ladies Ovarian Cancer Charity Day on Thursday.

“It’s ridiculous really,” he said, before suggesting it could have been fate.

“I can’t explain it.

“Sometimes you’ve just got to give in to the universe. It just does things.”

Hill said it wasn’t even his best shot of the day.

“But it went just left of the stick, skipped a little right and went in.”

“I said to the girls ‘that looks like it’s in’ and we walked up to the green and there it was, sitting in the hole.”

He said Yvonne was elated.

“She was over the moon and got a standing clinking of the glasses at the presentation.”

Jamie played a high amateur level, is a 4 handicapper and A Grade Pennant team member at Headland.

“But I haven’t hit a golf ball since December 6,” the Tanawha resident said.

“I was playing every day but I am into real estate and it’s been absolute mayhem.”

He contributed $500 to the the charity day and said the event was “for a great cause”.

“At some stage we’re going to lose someone or know someone who dies from cancer and go ‘you know what I probably would have liked to have put more money into it.”