Sami Muirhead: Spectating on the misery of others at Mudlo Rocks 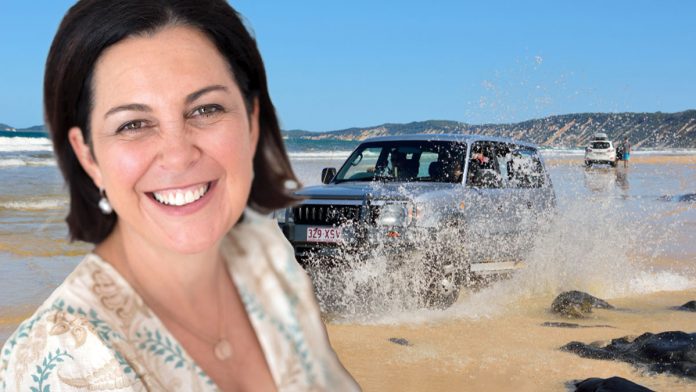 Our family has a new saying: “Make good decisions, Trent.”

Trent made a very bad choice. I do not know Trent, but he entertained, horrified and delighted our clan for hours last weekend as we sat in camping chairs at the Mudlo Rocks in front of the Rainbow Beach Surf Club.

It is an age-old sport that sums up our Aussie spirit and one I have participated in since I was a toddler.

It is one of my first memories. You sit at happy hour and sip on a nice cold drink while watching the waves crash over the headland rocks as the larrikins roll home in their cars from Double Island Point to the haven of the main street of Rainbow Beach.

On a lucky day, someone will have a great speaker and play some AC/DC tunes such as Thunderstruck.

The drivers run the gambit of beating the tide and dodging the rocks. The ultimate punishment is the catastrophic saltwater waiting to ruin their pride and joy.

There is even a wall of shame in the local pub with photographic evidence of all the Trents that have come and gone.

Poor old Trent misjudged the tide and should have waited an hour for the angry water to subside.

Instead, he found himself stuck in his late model Mitsubishi Triton with all his mates, as waves crashed over his car and the jet ski he was towing. Turns out some things in life do frighten a Triton.

I was feeling sick with anxiety for poor Trent.

Each crashing wave sparked a loud cheer of pain and excitement from the peanut gallery as we filmed the mishap on our shiny phones and had another sip as we took in the drama.

Dozens of people raced to help try to shake the car free and it took about three cars to tow Trent and his mates out in the end.

I have not heard such loud commentary on an issue since I gave a dummy to my baby.

Everyone had an opinion on Trent, from being a bloody legend to a bloody idiot.

We have all been there. Poor kid. He put on a brave face, but I think he was embarrassed.

We bought him a beer later that night as he nervously waited to hear if the car was covered by insurance.

But in the meantime, Trent’s Law is now legendary in our house when the kids are faced with making a good or bad decision. Don’t be a Trent.