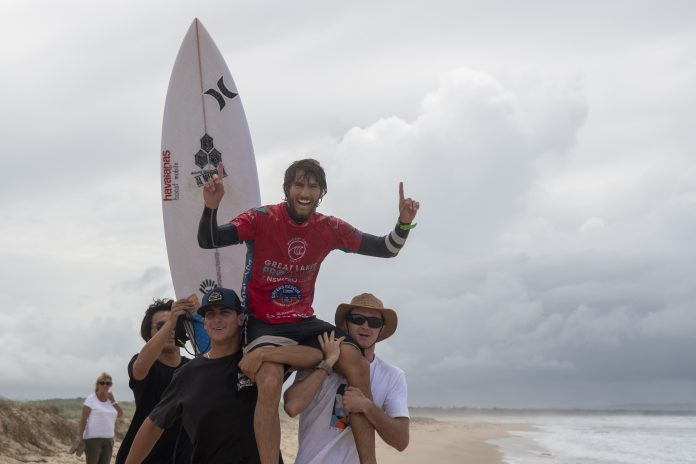 As far as lucky numbers go, it seems 13 is the winner for Mooloolaba’s Wendy Barnes as she prepares to fulfill a dream met More
More
Local

It’s ‘only’ a 1000-point event on the world Qualifying Series but for Reef Heazlewood, Sophie McCulloch and company the opening event of the season means much more.

Many professional surfers have been out of action for months due to COVID-19 restrictions and schedule changes.

Heazlewood and McCulloch wasted no time finding their feet in their return to serious competition.

The former captured his first QS title by winning the men’s event while the latter was runner-up in the women’s division, at the Great Lakes Pro at Boomerang Beach in New South Wales.

Heazlewood defeated North Narrabeen’s Jordy Lawler in the final of the 120-strong field, after his 2020 season was hampered by event cancellations and a shoulder injury.

“It’s been a long road back to this point after injury and Covid, so to start the year with this win feels incredible,” he said.

“Hopefully, it sets up the rest of the year,.

“I think the conditions really played into my favour and I was looking at these lefts peeling through before the start of each heat and I just wanted to go out there and surf like I was making a video part.”

“I’ve just been focussed on getting back into the mind frame of competing and it feels really good,” Heazlewood said.

“All of the work to come back seems to be paying off here at this event … feels good to be back.”

McCulloch had only competed once in earnest during the past 11 months, with a morale-boosting runner-up result in a specialty event at South Stradbroke Island in early October.

She has quickly found form, finishing second to Molly Picklum in the women’s event.

“It’s been tough knowing that I had to try and harness my confidence for such a long time after my final at South Stradbroke Island,” McCulloch said.

“That was definitely a highlight of my career and I want to build on it so I’m glad to be back competing.

“I definitely have a lot of appreciation for the team at WSL (World Surf League) and Surfing NSW to have these events up and running for us after such a challenging year.

“Everyone is so happy to be back competing.”

The event is the first on a four-stop NSW Pro Surf Pro Series schedule and it represented the first chance for second tier surfers to gain points for qualification into next year’s world tour.