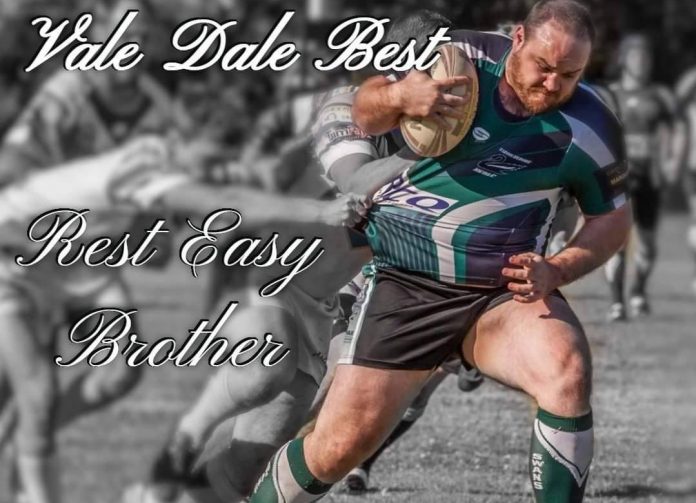 Every older Australian must be provided with the home care they need by the end of 2022. That's a deadline set by the Council on More
More
News

Work is starting on a $8.9 million new synthetic track project at the Sunshine Coast Turf Club, which is one of the busiest training More
More

Tributes are flowing for a Sunshine Coast rugby league player, who died after collapsing during a game on Saturday.

Dale Best, 34, was playing for Maroochydore in a reserve grade match against Kawana at Kawana when he made an effective tackle during the normal course of play.

Queensland Rugby League received a detailed report into the incident and said witnesses had confirmed there was no evidence of a head or neck injury, nor any report of foul play.

Best was seen briefly stabilising on his knees after making the tackle before collapsing.

He was immediately treated on the field by multiple Level 2 sports trainers who performed CPR before an ambulance arrived.

Paramedics attempted to stabilise the player, who was subsequently taken to hospital where, sadly, he was later reported as deceased.

“The QRL and rugby league community send their most sincere condolences to Best’s family and friends, as well the Maroochydore club,” Queensland Rugby League said in a release.

Maroochydore club posted: “It is with a very heavy heart that we announce the passing of Dale Best. Dale has been a big part of the Swans family for a very long time and will be missed and remembered by many. All our love, support and best wishes to Dale’s family and loved ones.”

Selena Jeffrey posted that Dale was “a beautiful soul, gone way too early. The beast on the field and gentle giant off the field. You will be very much missed. Condolences to your mum and brothers and all your league brothers”.

Clubs from throughout the region and as far as New Zealand rallied to offer condolences and support Dale’s family and clubmates.

The QRL said it would  continue to assist the club through this difficult time and was providing wellbeing support.

“The family offer their deepest thanks to all those who assisted, including sports trainers, paramedics and hospital staff,” a spokesperson said.

As far as lucky numbers go, it seems 13 is the winner for Mooloolaba’s Wendy Barnes as she prepares to fulfill a dream met More
More
News