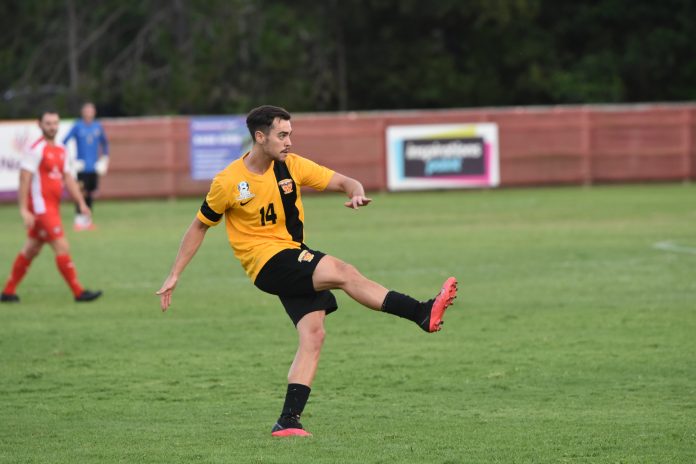 New Sunshine Coast Fire soccer coach Daniel Carew is overhauling their roster in an attempt to rejuvenate the once-dominant team.

The former Beerwah Glasshouse mentor is eager to propel the club back into the state league and have them prepared for a proposed national second division.

“I had five years at Beerwah, and I wanted to start fresh with the Fire,” he said.

“Things are going really well in the pre-season and the boys have adjusted well to my (attacking) style.”

The Fire largely dominated the Queensland league from 2008 to 2012 but have struggled to make an impact since, being relegated to the state’s second tier at the end of 2019.

Carew said he had to make changes to the roster to make them competitive again.

“The squad they had (last year) and even in the years before probably just weren’t good enough,” he said.

“They were finishing seventh and eighth and then had relegation, so I think the players that were there were maybe not at the standard to survive in that league.”

“I had a good look at them and I’ve kept some of the young guns who I think have potential to grow, about five of them aged under 21, but I’ve brought in players,” Nairn said.

“I was quick to sign Cameron. He was one of the key players in the Sunshine Coast premier league and has won every award.”

Some of the new players are actually returning to the Fire, after stints there years ago.

“I’ve brought them back and at a better age and I think they can reignite the Fire,” the coach said.

Carew is intent on getting the side back to the top.

“We want to set targets as high as we can and we want to try and get promoted and play finals football, that’s pure and simple,” he said.

“We’ve got to find a bit of heart and have a philosophy behind the system and play a certain way and make the team entertaining again,” he said.

“I’m a new modern age coach and I want to play exciting football and get the fans down there to watch. They want to see us win again but they also want to be entertained so I’ll try and get the most exciting players I can and get them working in unison I think it will be entertaining.”

Carew also wants to have the Fire prepared for a possible national second tier.

He said the club is in line for a berth in the competition, which could be ratified later this year.

“The new championship will sit just below the A-League,” he said.

“If the championship happens, I could become a full-time professional coach.

“And I’ve said the same to the players that If it happens, they have a good chance to be involved in a professional set-up.”

Carew comes to the Fire after breathing fresh life into Beerwah Glasshouse in the Sunshine Coast premier league, after they spent years in the relative wilderness.

“My plan was to get Beerwah back to where they should be and they’re now a top two side on the Sunshine Coast and have been in the running for finals football during the last five years. They’re a lot more established now,” he said.

“But I like to progress, and I like a new challenge. I’m always after something that’s going to push myself and this (linking with the Fire) seems like the right opportunity.”