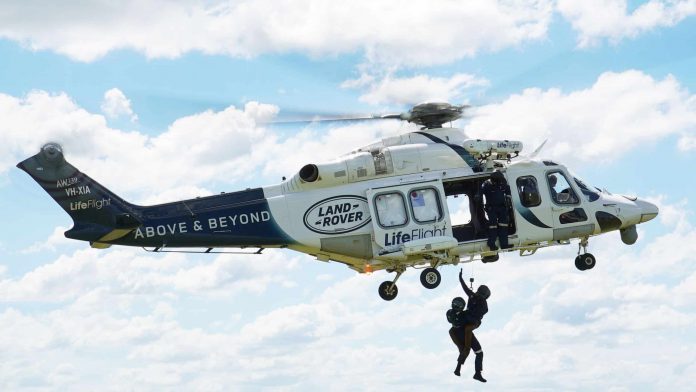 The Sunshine Coast’s lifesaving helicopter doctors have been blocked by Facebook and are urging the social media giant to reinstate its vital charity page.

The RACQ LifeFlight Rescue said it had been unnecessarily impacted by Facebook’s block on news content in Australia.

It was still without its charity page on Friday after more than 24 hours and had not made headway with Facebook.

“We continue to implore Facebook to reverse their decision to suspend our ability to post on our page,” said the group.

“For a second day, we have been corresponding with Facebook, making it clear we are an aeromedical charity, not a news organisation.

“We have repeatedly explained the important role of our page and asked for it to be restored, but unfortunately the matter remains unresolved.

“Shutting down our charity page removes a valuable source of truth and health information from the public arena.

“The removal of public access to our page should be urgently reversed.”

RACQ LifeFlight Rescue is a vital aeromedical retrieval service, which people around Queensland – and the world – rely on, for lifesaving medical evacuations and treatment.

Last year alone, its crews completed more than 6,000 critical missions, valued at over $50 million dollars but at no cost to patients.

Its Facebook page is primarily used to raise awareness if its service which relies heavily on community contributions.

“RACQ LifeFlight Rescue is a trusted source of credible information,” the group said.

“We have significant reach on Facebook and our only involvement in this issue, is sharing our own good news stories about the lifesaving work our helicopter and jet crews have performed.

“Of course, we have a website and other social media platforms, but our Facebook audience is strongest and resonates with our supporters.”

Scott Morrison is standing firm against Facebook over his government’s media code, calling the social media giant arrogant and disappointing for shutting down emergency services pages along with Australian news.

The prime minister says he won’t be intimidated.

“Facebook’s actions to unfriend Australia today, cutting off essential information services on health and emergency services, were as arrogant as they were disappointing,” Mr Morrison said in a statement on his Facebook page.

“These actions will only confirm the concerns that an increasing number of countries are expressing about the behaviour of big tech companies, who think they are bigger than governments and that the rules should not apply to them.

“They may be changing the world, but that doesn’t mean they run it.”

He has implored Facebook to continue working with the government on the code.

In the sweep of news pages Facebook also shut down a raft of health and emergency services, many of which have been restored.

Facebook claimed it was left with no choice, arguing the bargaining code was poorly worded.

“As the law does not provide clear guidance on the definition of news content, we have taken a broad definition in order to respect the law as drafted,” it said in a statement.

“However, we will reverse any pages that are inadvertently impacted.”