Backrower itching to return to action in Falcons trials

Backrower itching to return to action in Falcons trials 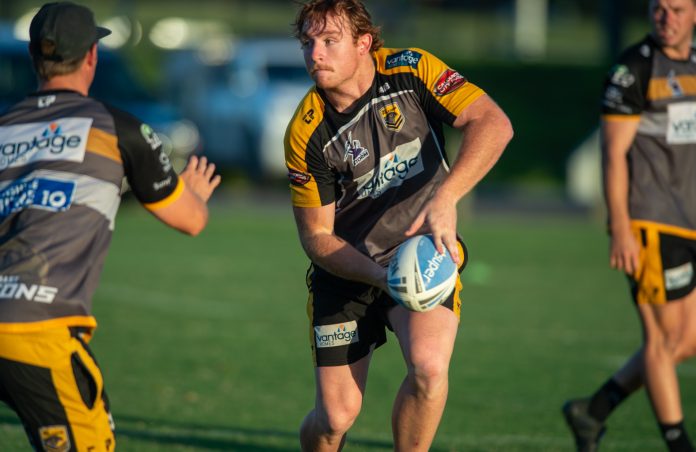 Talented backrower Tom Rafter is eager to press his claims for game time at the Sunshine Coast Falcons, after 18 months on the sidelines.

The talented 23-year-old copped a serious shoulder injury against the Cutters in Mackay in August 2019, and he underwent surgery a month later, before the 2020 state league was cancelled due to COVID-19.

He’s itching for some footy, ahead of the Falcons’ first trial against Ipswich Jets at Sunshine Coast Stadium on Saturday.

“It will be interesting to see how the body will feel,” he said.

“I know I’ll be battered and bruised after a game for sure.”

Rafter has prepared in earnest for his return to action.

“Having that year off I was able to work on my shoulder strength, my physical strength and my weight,” he said.

Rafter has added about 5kg to his frame and is now 100kg.

He feels like he can be a more powerful player on the edges of the ruck, in attack and defence.

“I’ve definitely noticed in contact sessions at training that I am able to stick with the larger boys and even punch through them, it’s in my favour to have that weight behind me,” he said.

He’s developing a combination with scheming half Todd Murphy and getting some advice from him to become a more versatile player.

“I’ve been working with him a bit, on ball skills, so I get permission (from coaches) to kick down the sideline or play through … to own it.

Rafter played under-16, under-18 footy and under-20s with the Falcons before earning his place in the main squad.

He played one game for the Falcons in 2018 and seven games in 2019, before he was injured.

He hopes to get some decent game time with the Falcons this year, when they continue their affiliation with Melbourne Storm.

“It’s hard because I’ve got Melbourne boys (like Chris Lewis and Trent Loiero) coming back to play in my position (when they’re not in the Storm game day squad) … so I want to make sure I’m the next second rower in line.

“Or even better, I’d like to come off the bench and help the middles out.

“A lot more game time is the number one goal, now that I have a taste for it.

“I don’t want to be going back to local A-grade. I want to be sticking to Intrust Super Cup.”

Getting to the NRL is his ultimate goal.

“Some of the (Falcons) boys get pre-seasons with Melbourne and that’s the next step for me if I can play consistently in the Cup, to get to that pre-season with the best team in the NRL and to further my career that way.”

High-profile Falcons off-season signing Jarrod Mullen is also set to play his first game in four years, after returning from a doping ban.

Gates open at 12.20pm, with all grades to play, and Intrust Super Cup teams kicking off at 6pm.

Due to COVID-19, there have been some changes to game day: Tickets available on the gate only, Restricted numbers, Stadium seating unavailable, All patrons must sign in via QR code upon entry to the venue ** Season Memberships do not include entry to Trials