Australia's second vaccine, AstraZeneca, will be ready to begin jabs in March 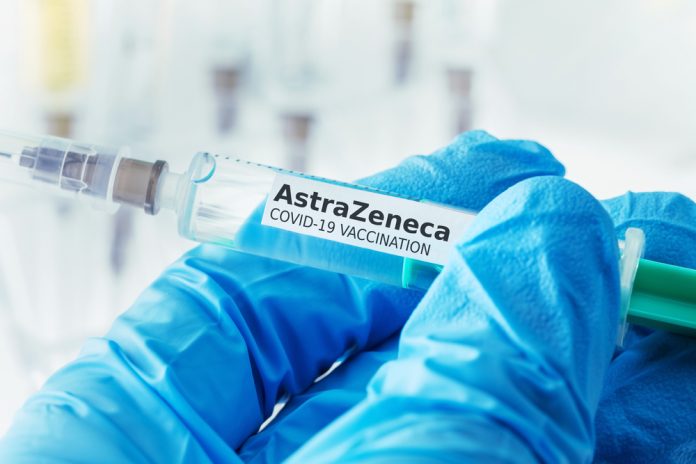 Australia’s second COVID-19 vaccine is expected to be ready for jabs by the end of March following Tuesday’s approval by the regulator.

The Therapeutic Goods Administration gave the green light to the AstraZeneca vaccine for people aged 18 and over, with decisions about those aged over 65 to be made on a case-by-case basis.

An initial supply of 3.8 million doses of the vaccine will be imported into Australia before millions more are manufactured at a CSL plant in Melbourne.

The vaccine has been found to have an efficacy rate of 82 per cent when two doses are administered 12 weeks apart.

AstraZeneca senior executive Liz Chatwin said it was important for Australians to remember the global nature of the pandemic, with thousands of people overseas being admitted to hospital and dying every day.

“So the overwhelming public health advice is that as many people as possible should be vaccinated.”

TGA boss John Skerritt said the vaccine was recommended for all ages.

“AstraZeneca gives us a vaccine that can be used in major facilities, in primary care through GPs and potentially through pharmacy practices,” he told reporters in Canberra.

“Having a vaccine accessible in a country as wide and brown as ours is important.”

It comes a day after an initial 142,000 doses of the Pfizer vaccine arrived in the country with the first shots to start from Monday.

Pfizer has recorded efficacy rates of up to 95 per cent after two doses with a 21-day gap.

However, Professor Skerritt said there was “not a difference when you go into the real world” as to something being 82 or 90 per cent effective.

“What is important is to get vaccines into people’s arms.”

“How will the online booking system work? How will the vaccines be distributed to the states? When will we start to see jabs actually in people’s arms?” he said.

A new Health Department survey found 64 per cent of Australians would definitely get the jab, while 27 per cent were unsure and nine per cent said they would not get it.

The top three motivating factors were self-protection, keeping Australia safe and protecting the elderly and vulnerable.

Among the barriers for those who are concerned were long-term side effects, the vaccines’ quick development and potential allergic reactions.

Victorian Premier Daniel Andrews is looking at building a quarantine facility either at Avalon or Tullamarine airport.

Mr Morrison is prepared to work with state governments on new isolation hubs but insists any new facility would supplement hotels.

The proposals are in response to quarantine breaches triggering snap lockdowns in Melbourne, Brisbane, Perth and Adelaide.

Victoria recorded two cases of local transmission on Tuesday, the fourth day of a five-day lockdown.