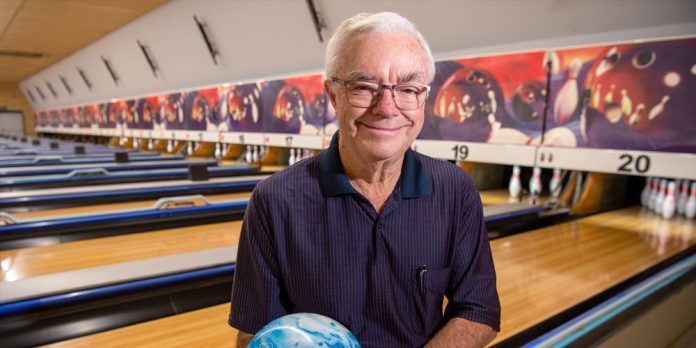 The man who brought tenpin bowling to the Sunshine Coast is reflecting on 41 years of family friendly fun as he sells the iconic Suncity Tenpin Bowling and plans to hit the road with his caravan.

The sale will settle in March and it is believed the centre will be replaced with high-rise units. The business is expected to stay open until work starts, possibly in several months.

Family entertainment options were thin on the ground on the Sunshine Coast in 1979, so there was much excitement when the business opened its doors.

Locals watched in anticipation as the bowling alley rose out of a what was essentially a marine swamp on Mari Street, back from Alexandra Headland beach.

Owner John Griffin says only low-lying houses stood between the centre and the beach, while the esplanade was a bitumen road just wide enough for two cars. 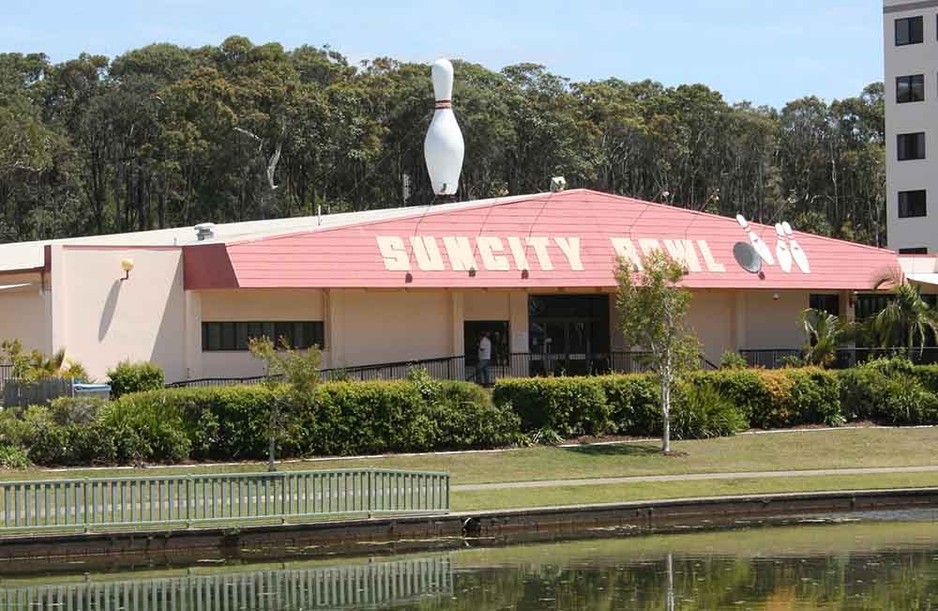 “We had dignitaries and speeches and there was a large queue of people outside the front door waiting to get in.

“We opened about 9pm that night and there was a charge at the counter. In those days we only had 16 lanes and we were full in a matter of minutes.”

With a drive-in, skating rink, cinema and not much else, the Coast was ready for the excitement of tenpin bowling, an activity that appealed to competition players and families alike.

“We did a lot of teaching in those days,” Mr Griffin says. “I can still remember people who had no idea how to bowl, standing and rolling the ball from between their legs.

“It was a more pleasant format in those days. We didn’t have any computers and it was all hand scoring. You spent a lot of time with people, explaining things. I met people from all over Australia and … the world.

“We had people of all ages and abilities coming in. I think what people love about tenpin bowling is the excitement of seeing the pins fly. People can play against each other; it’s an activity where you can still talk to one another, roll a bowling ball down the lane, laugh when it doesn’t work out.

“One of the things I’m going to miss is the excitement of a young child’s face, particularly when it’s their first time in the bowling centre. They look like they’ve just arrived at the fair for the first time.”

Mr Griffin’s entry into the world of tenpin bowling began in 1968 when he was offered a job at the AMF Tenpin Bowling Centre at Tweed Heads, where he lived.

In 1971, AMF transferred him to Canberra, where he did a course in business management. He and his wife Sue decided they wanted to run their own business and settled on the Mari Street site, which was full of sand and clay.

“We formed the company in September 1978, started building with Rod Forrester in November 1978 and finished by July 1979.

“When we opened, it was the heyday of league bowling. We had 2000 league bowlers every week in competition. Every morning, Monday to Friday, we had 100 women bowling, followed by another 50 behind them.

“The night was the same. It was tremendous. We used to have a lot of fun in the early days. We’d have Melbourne Cup days and the women would come along and dress up. We had the Red Faces night at the end of the year.”

Mr Griffin says he was a reasonable bowler when he came to the Coast and improved over the years, with free access to practise to his heart’s content.

“I’m much more erratic now in my bowling, but I’m regarded by most social players as pretty good. My average is around the 160 mark.” 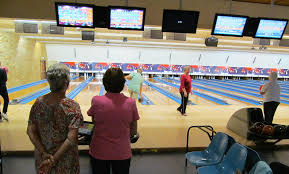 Mr Griffin says he’s met “an awful lot of nice people” during his 41 years at Suncity, but after enduring the toughest year in the centre’s history last year and increasing competition from licensed bowling alleys, Mr Griffin decided to accept an offer to sell.

Now in his seventies, it’s time to retire and do some travel in an off-road caravan he and his wife recently purchased.

“I said to my wife it was like cutting my arm off,” he says. “But we’re not closing just yet. The purchaser is not ready to develop yet so we will go on for another 12 months, maybe even longer.

“That has made a lot of bowlers happy. If bowling was like it was in the late ’70s and ’80s, someone would willingly jump in and build another one. These days it has changed a lot.”

When Suncity’s pins are laid to rest, competition bowlers will have to travel to Caboolture to use sport-registered lanes, as they will no longer exist on the Sunshine Coast.

This is partly due to a loss of business to establishments like Strike, which serve alcohol.

“I have an issue with a general bowling centre selling a lot of alcohol,” he says. “It doesn’t mix well where you have families and children. It’s a different atmosphere. It’s much quieter and more family friendly when alcohol isn’t in abundance.

“We did serve alcohol for a little while, but it became too much of a headache and we noticed a change in the clientele. They were less aggressive and less trouble without the alcohol.”

Not only has Mr Griffin seen the nature of tenpin bowling change over four decades, he’s also seen the Sunshine Coast spring up around his bowling alley, but says you can’t halt progress.

“It’s just life. We shouldn’t be surprised; this is a lovely place to live. There are many more people here now than there were in 1978. You can’t stop it.”