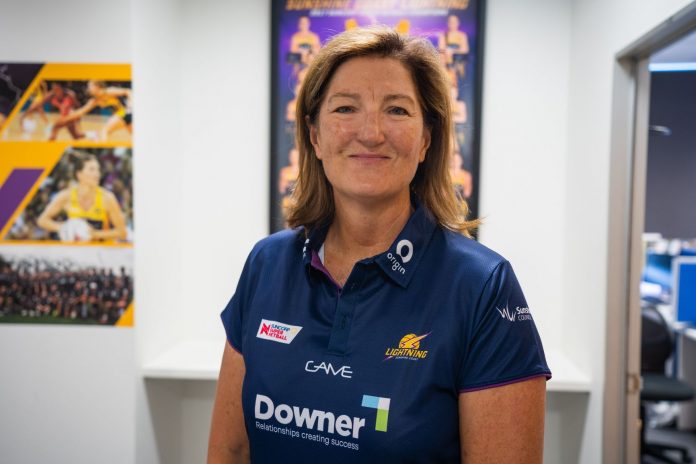 Wilson has a long-established relationship with Lightning Head Coach Kylee Byrne and will bring extensive netball knowledge and coaching acumen to the role.

Byrne said she was excited for Wilson to join the club and was confident her addition to the coaching panel would greatly benefit the wider Lightning team.

“Vicki is such a highly regarded person in the industry and is someone with a brilliant netball mind, I am delighted for her to come on board at Lightning,” Byrne said.

“I know that she will provide valuable insights and a point of difference at the club that we will see in the performance not only of individuals but for the team this year.

“We welcome Vicki to the Lightning family and cannot wait to get out on court with her in preparation for season 2021.”

Wilson believes she has knowledge to impart and is eager to step into a specialised coaching role in the Suncorp Super Netball competition.

“I’m really excited to take on this new challenge at Lightning,” Wilson said.

“Kylee and I have a lot of history through playing and coaching, so when the opportunity arose to work alongside her this season I jumped at the chance.”

Wilson has had an esteemed career in the sport, having represented Australia in netball for 15 years, going on to Captain the side to their first ever netball gold medal at the 1998 Commonwealth Games.

She was named Head Coach of Queensland Firebirds in 2006 across four seasons, held the position of Assistant Coach of the New Zealand Silver Ferns and more recently was Coach of the Fiji Pearls side.