Battle of wills: Why more Sunshine Coast families are fighting over inheritance 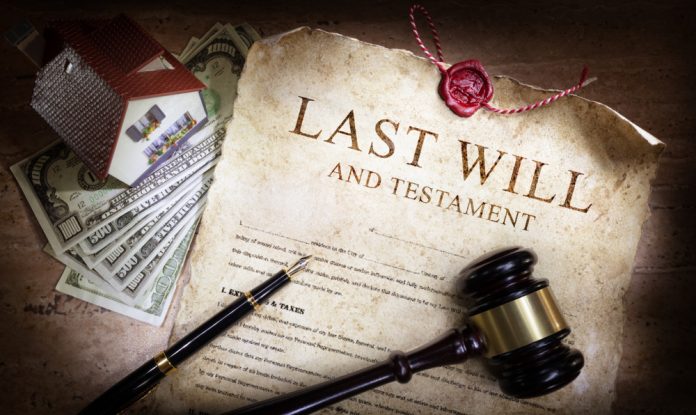 Law firms have been fielding rising enquiries from people wanting to contest the will of a loved one or family member in what appears to be a growing trend.

Griffiths Parry Lawyers senior associate Darren Kerr said increasing property values may be playing a part in families fighting over what was most often the most valuable asset in a person’s estate.

“I think as properties are increasing and people are falling off the perch with more in their estate, there is more to argue about,” Mr Kerr told sunshinecoastnews.com.au

“People also seem to have a greater sense of entitlement. Even if they had no relationship with mum or dad they still think they should get something out of the estate.”

Mr Kerr has been practising in wills and estates for 28 years and said there were more disputes now than earlier in his career.

He said many were complicated with blended families of step-parents and half-siblings fighting over entitlements.

“People can be on their second or third marriage and face a tug-of-war between making provision for a current spouse and their children from an earlier marriage or marriages, and how they balance that is a bit of a tightrope.

“People are living longer and having more relationships and there can also be capacity issues as people live longer, such as dementia.”

Do you have an opinion to share? Sunshine Coast News will soon launch a Letters to the Editor section. Feel free to submit via: news@sunshinecoastnews.com.au

Mr Kerr said claims by adult children against an estate were the most common.

“Where there is a surviving spouse of the will maker, any claim by adult children will face a greater hurdle, especially where the size of the estate is insufficient to provide sufficiently for all,” he said.

Mr Kerr said people used to be more reluctant to rock the boat after a death but there was more awareness now of the options to challenge wills.

FC Lawyers associate director Chloe Kopilovic said enquiries were on the rise, which she suggested could be related to the fact more people were in economic difficulty.

“I think it could be linked to difficult times and people in the community struggling financially, which is pushing people to look inward,” Ms Kopilovic said.

“Some of the claims are backdated to 12 months ago because people have sat on their hands and now they’re looking at what they can get.”

Ms Kopilovic advised people not to waste time because there were important time limits which the court strictly enforced.

“You have to put an estate on notice within six months and then you have to file within nine months of the date of the death,” she said.

Ms Kopilovic said about three-quarters of enquiries translated into people choosing to pursue a claim against an estate and the vast majority of those cases were settled without a trial.

“Only three per cent end up at trial and 97 per cent are settled before trial,” she said, explaining that the high rate of mediation stemmed from a practice direction from former Chief Justice Paul de Jersey (now Governor of Queensland) to exhaust all avenues of dispute resolution to free up the courts.

High legal costs were another reason disputing families often preferred to come to an agreement without fighting it out in court, although Ms Kopilovic emphasised that the final outcome required great compromise.

“It’s not about getting what you want but it’s about getting something you can live with; no-one gets what they want in a legal dispute,” Ms Kopilovic said.

Do you have a story to share? Email us: news@sunshinecoastnews.com.au

Mr Kerr explained that the starting point for wills was the idea that people should be able to leave their estate to whoever they choose.

However, the ‘Family Provision’ legislation had curtailed that freedom in favour of the idea that the will maker had an obligation to provide for their family.

“It is important to remember that the Family Provision legislation is to ensure that the will maker has fulfilled his or her moral duty to make adequate provision for the proper maintenance of a spouse or child, not for the making of what may appear to the court to be a fair distribution of the deceased person’s estate,” Mr Kerr said.

A recent application in the District Court of Queensland at Maroochydore highlights how children who have been cut out of a will can claim provision.

When 91-year-old Reginald Williams Holmes died in December 2019 he left nothing from his “substantial” $2.3 million estate to two of his four children and left reasons explaining why in a statutory declaration.

The youngest son, Michael received $100,000 and a niece was left a gold chain.

The rest of the estate went to the third child, David, who had been closest to his father and became his carer when his health deteriorated.

The eldest daughter Diane received nothing. She had had no relationship with her parents since 1994 when they cut off contact because she had reached out to her biological father.

The second child Patricia had been estranged for many years and reconciled in 2019 and was also left no provision.

Michael, the youngest, lost contact with the deceased for about 10 years after an argument and reconciled in 2015.

Judge Glen Cash QC considered the relationships and finances of each sibling and wrote an order giving effect to an agreement the parties had reached in November 2020.

Judge Cash said there was not enough evidence for him to draw conclusions on the merits of each application so the best option was to avoid further litigation by enforcing the agreement.