We are guests in wild kingdom where sharks rule

We are guests in wild kingdom where sharks rule 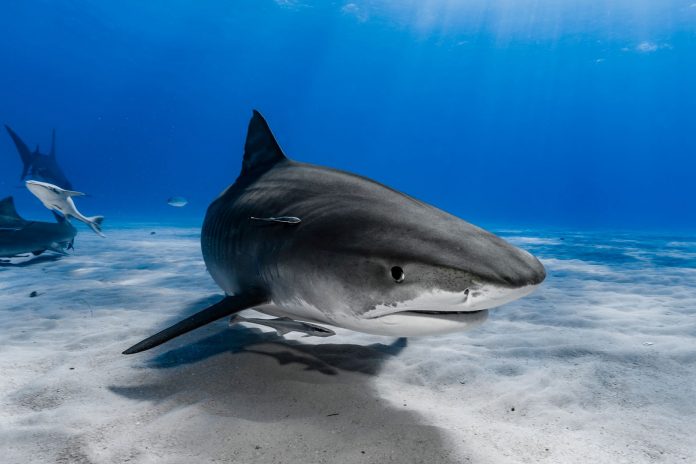 This summer has seemed long, even if we still have a month to go.

Staycations mandated by the pandemic meant more locals visited the edge of the earth, dipping and fishing, surfing and swimming. Many of us have been in the ocean almost daily.

We share the liquid theme park with apex predators who are kept away with a net and a prayer. Even for those of us who love the sea, the thought is as an icecube sent plunging within.

Last year was the deadliest for shark attacks in Australia since 1929.

Eight people died, where none had perished the year before. Eighteen more people were bitten.

Three deaths were in Queensland. Thankfully, none was off the Sunshine Coast although the one off Fraser Island last July was mighty close.

But any diver or boatie will tell you the wild, toothy beasts are certainly out there and our shark nets and drum lines tell the tale.

So far in the 2020-21 financial year, the 23 shark control sites on the Sunshine Coast have caught 15 sharks bigger than two metres – the size deemed to be a danger to humans – and 26 smaller ones. Twenty other animals were snared.

None of these survived.

Even though these numbers don’t indicate it, the chatter is that there are more sharks about and active than before.

The conjecture goes that a lack of fish out there is pushing them in here, or that they are emboldened, or that warmer oceans are sending them off their heads.

But scientists simply do not know if there are more, or if their behaviour has changed.

The system of using shark nets and drum lines is controversial not just because of the killing many scientists and conservations believe is unnecessary, but because it gives water lovers a sense of security – and that safety is false and dangerous.

Even the Agriculture and Fisheries Department official information declares the shark control program is not designed to provide a distinct barrier between sharks and humans.

And remember there are no nets or lines protecting our many canals because the program is designed to help only bathers and surfers.

But dropping drum lines willy-nilly and killing more sharks would not necessarily make us safer.

What we need is a duality of focuses to include humans as well as sharks, with people doing more to help themselves.

All victims were separated from other water users, so grouping together is always advisable.

Taking greater personal responsibility, avoiding spots that are likely more dangerous and heeding the warnings of scientists are other measures that might keep us out of harm’s way.

Most of all, whenever we enter the ocean, humans must be aware of their guest status in the Big Blue, where sharks are at the predatory apex.

Part of the ocean’s profound appeal to us is because it is wild and free.