Australia’s main vaccine may not help over 65s

Australia’s main vaccine may not help over 65s 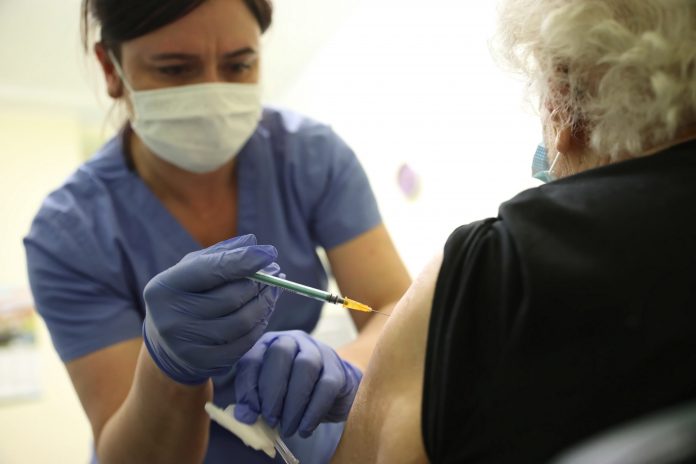 There are fresh concerns about the vaccine that most Australians will receive after Germany advised against giving the AstraZeneca jab to people aged over 65.

Australia has ordered more than 50 million doses of the AstraZeneca vaccine and plans to distribute the drug within months.

The jab developed by Oxford University, which will be produced in the CSL factory in Melbourne, is the vaccine that most Australians will receive under the government’s rollout plan.

However Germany’s vaccine committee says there is not enough trial data available to support approving the jab for over 65s, although British regulators insist the drug is safe.

Australian authorities are still assessing the data before approving the AstraZeneca jab.

Home Affairs Minister Peter Dutton has called for calm as the Therapeutic Goods Administration goes through the process.

“People need to look at advice coming out of the TGA. The medical advice, the scientific advice in this country, is what we should heed,” Mr Dutton told Nine on Friday.

“We have the best scientists in the world.

“They have not rushed this process, they’ve looked at the efficacy of the vaccines, and we will make decisions to roll it out on that basis.”

Germany’s Standing Committee on Vaccination (STIKO) said there was “insufficient data” on the effectiveness of the vaccine for people in the over 65s category.

“Due to the small number of study participants in the age group ≥65 years, no conclusion can be made regarding efficacy and safety in the elderly,” the panel said in its recommendation to the German government.

“This vaccine is therefore currently recommended by STIKO only for persons aged 18-64 years.”

Doubts about the AstraZeneca jab add to concerns about whether Pfizer can keep up with global demand for its vaccine.

There are fears the combination of factors could put a dent in public confidence, which will be crucial to the vaccine rollout.

The Pfizer vaccine has already received TGA approval in Australia.

Treasurer Josh Frydenberg said that drug would now be rolled out without age restrictions.

Mr Frydenberg expects the TGA to reach a decision on the AstraZeneca vaccine by early March, if not sooner.

“The Germans have said they don’t have enough data to provide it to those over 65 whereas the UK regulatory authorities have reached a different decision.”

The government plans to roll out the imported Pfizer vaccine first in late February, followed by shipments of imported AstraZeneca jabs and then the Melbourne-made CSL product.

Meanwhile, Australia has extended its pause on the New Zealand travel bubble for another three days.

Two coronavirus cases across the Tasman have led to the extension of hotel quarantine for New Zealand arrivals until at least 2pm on Sunday.

Twelve people who were at the hotel travelled to Sydney, with some going on to other states. They have since been contacted by health authorities.

The New Zealand government remains hopeful of the bubble being extended to allow Australians and Kiwis to move freely across the Tasman in both directions without quarantine by the end of March.